Japanese airline All Nippon Airways has begun vaccinating its pilots and cabin attendants on international flights. That makes it one of the first companies to launch workplace vaccinations in Japan, one of the world’s least-vaccinated nations. 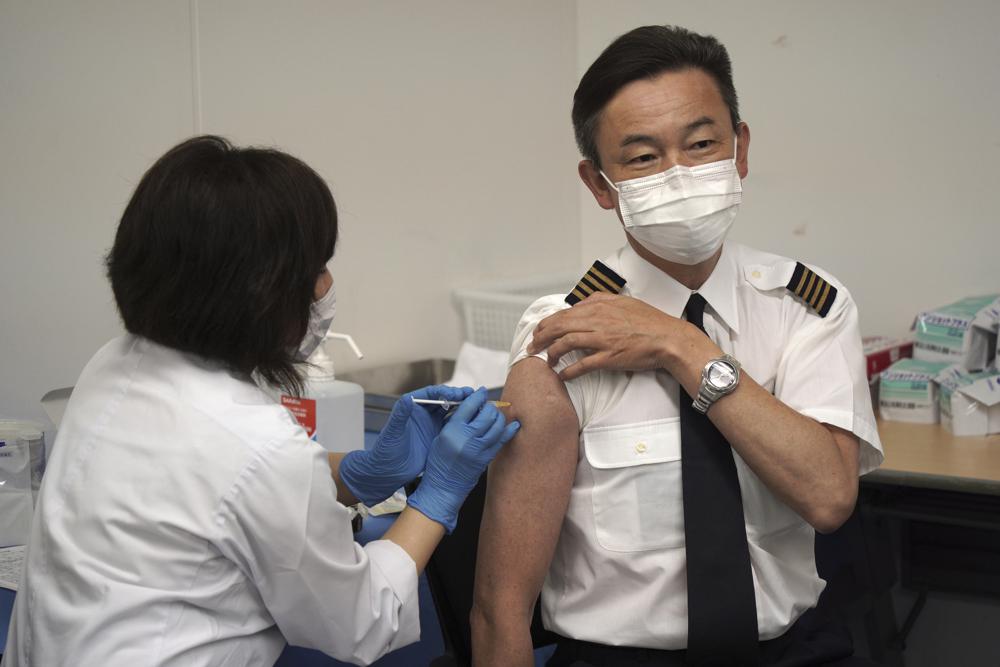 Japan is desperately pushing to accelerate the pace of inoculations before the Tokyo Olympics start in about 40 days.

Following criticism over the slow pace of the vaccine rollout, the government recently unveiled workplace inoculation programs by major companies to supplement efforts led by municipalities around the country.

On Sunday, 50 ANA pilots and flight attendants dressed in their uniforms got their first shot of the Moderna vaccine at a company inoculation site at Tokyo’s Haneda airport. They were part of the 10,000 employees ANA is prioritizing. The airline plans to increase its daily vaccination capacity to about 300 to eventually cover all its 46,500 employees.

Satoru Shimizu, a 56-year-old pilot who got his first jab, said he’s been nervous about COVID-19 as he flies around the world. But now, “I feel so relieved, and I can concentrate on my duty and that will also lead to safety.”