Jakarta （Xinhua）-- Four Japanese basketball players have been punished and sent back home for buying sex while participating in the 18th Asian Games, the Japanese Olympic Committee (JOC) said here on Monday. 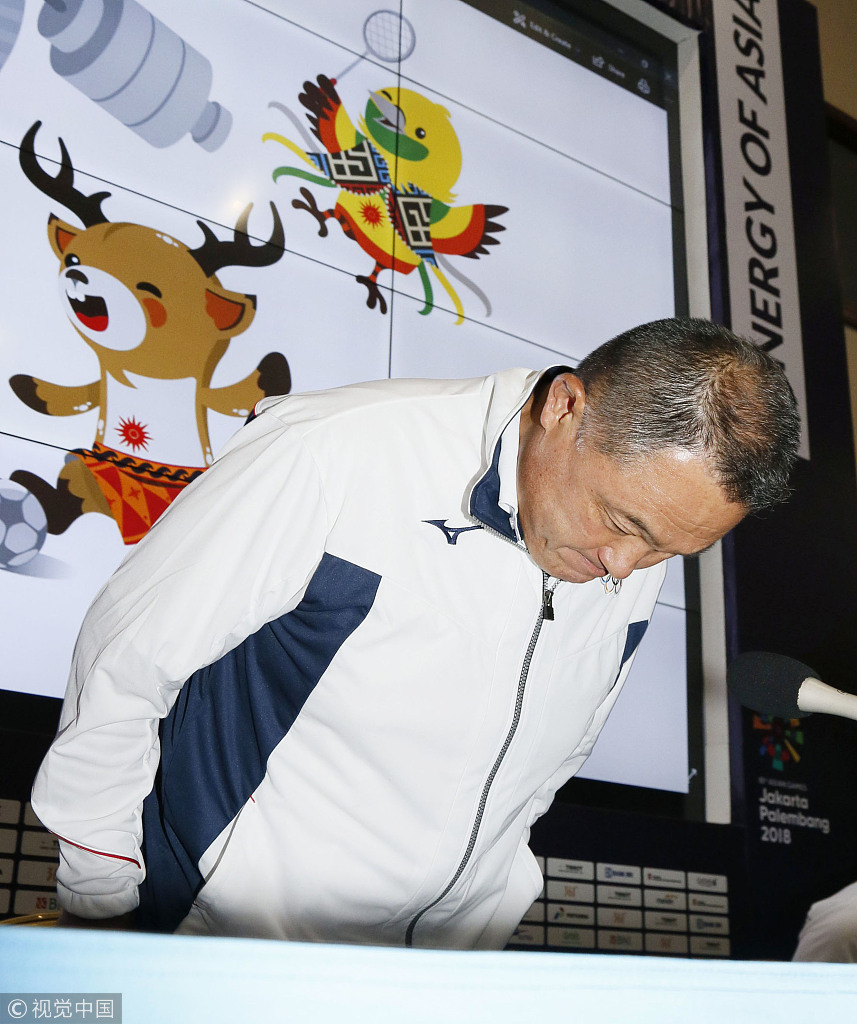 Yasuhiro Yamashita, head of the Japanese delegation to the Asian Games, bows in apology during a press conference in Jakarta on Aug. 20, 2018, after four players of the men's basketball team paid for prostitutes in the Indonesian capital. (Photo: VCG)

Yasuhiro Yamashita, chief of the Japanese delegation, told a press conference Monday that the four players have been expelled from the Japanese national team and sent back to Japan.

He apologized for the players' misconduct and said that it violated the national team's code of conduct while betraying the expectations of the Japanese citizens.

The four players, Yuya Nagayoshi, 27, Takuya Hashimoto, 23, Takuma Sato, 23, and Keita Imamura, 22, reportedly went to a Japanese restaurant in Jakarta to have dinner following their team's victory on Aug. 16, wearing their team uniforms.

They left the restaurant after dinner and were approached by a tout on the street who introduced them to some women. They brought the women to a hotel where they conducted "inappropriate acts" and returned to the Athletes' Village the following morning.

The JOC conducted an investigation after receiving a report from outsiders, and the four players admitted to the misconduct.

Yuko Mitsuya, head of the Japan Basketball Association, said in a statement that the players' behavior was "unspeakable" and "there is no room for excuses."

Sheikh Ahmad Al-Fahad Al-Sabah, president of the Olympic Council of Asia (OCA), said that the OCA was satisfied with the JOC's handling of the misconduct and called upon all athletes to remember their social responsibilities as they represent the image of their countries.

The rest of Japanese basketball team will continue with their games through Sept. 1 with no substitutes for the four ousted players.

Japan has sent a 1,096-member delegation, including some 762 athletes, to the Games co-hosted in Indonesia's capital Jakarta, and Palembang, the capital of South Sumatra province.

During the 2014 Asian Games held in Incheon, South Korea, a Japanese swimmer was expelled from the national team for stealing a camera from a local reporter.