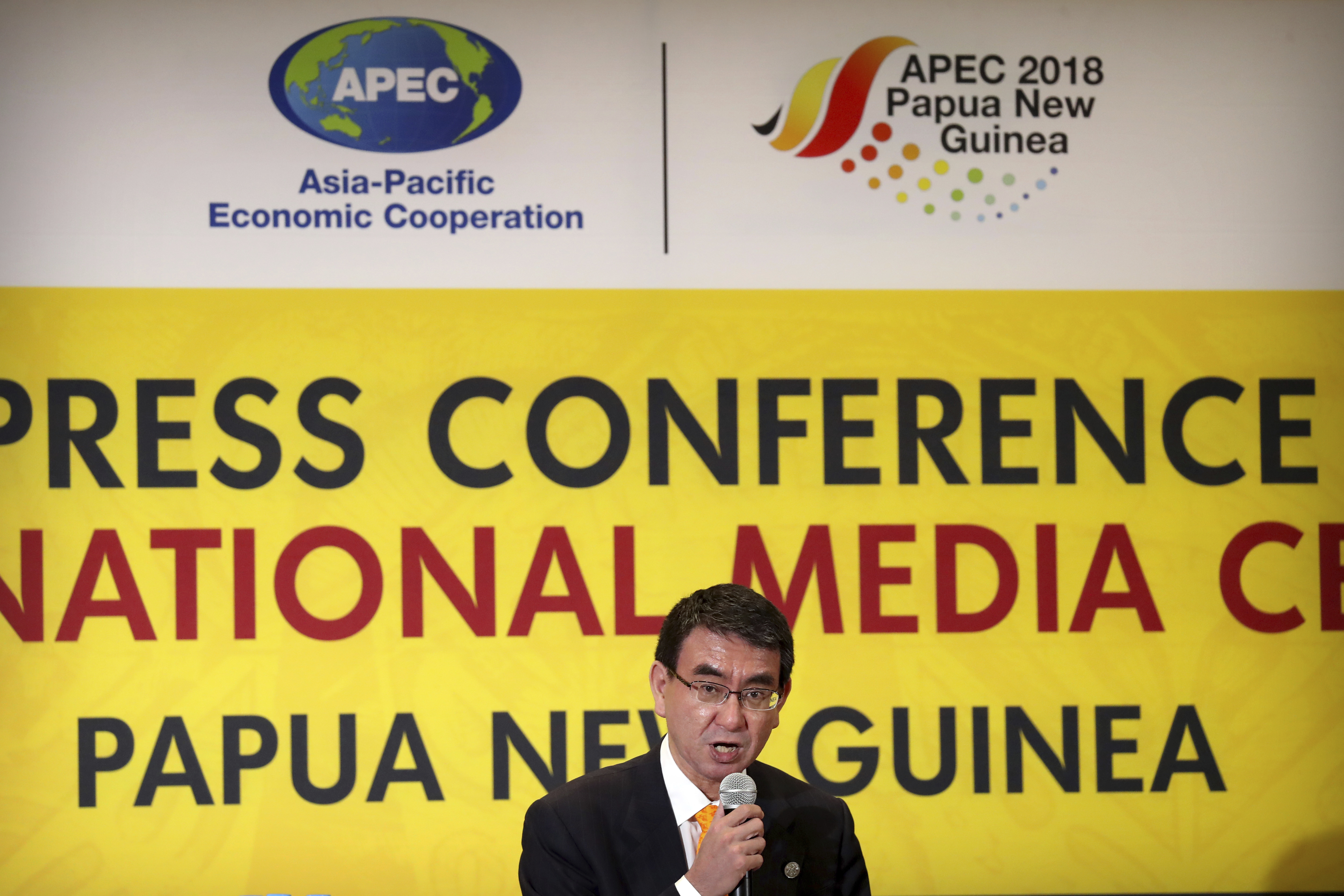 Kono, who is in Papua New Guinea to attend the APEC Ministerial Meeting, told a press conference that Japan is willing to work with China on infrastructure projects.

Kono said Japan is open to broader cooperation with China.

"The idea of cooperation between Japan and China for third countries including the Pacific island countries is very welcome," he said.

As the second and third largest economies, China and Japan need to stand shoulder to shoulder to tackle global issues, "so this will be a good opportunity," said Kono, while he warned that the international free trade regime is under challenge.

Kono also recalled the recent visit by Japanese Prime Minister Shinzo Abe to China, during which very good discussion was held between the leaders of the two countries.

"So I think there are a lot of opportunities to cooperate between the two countries, I am looking forward to that," he said.