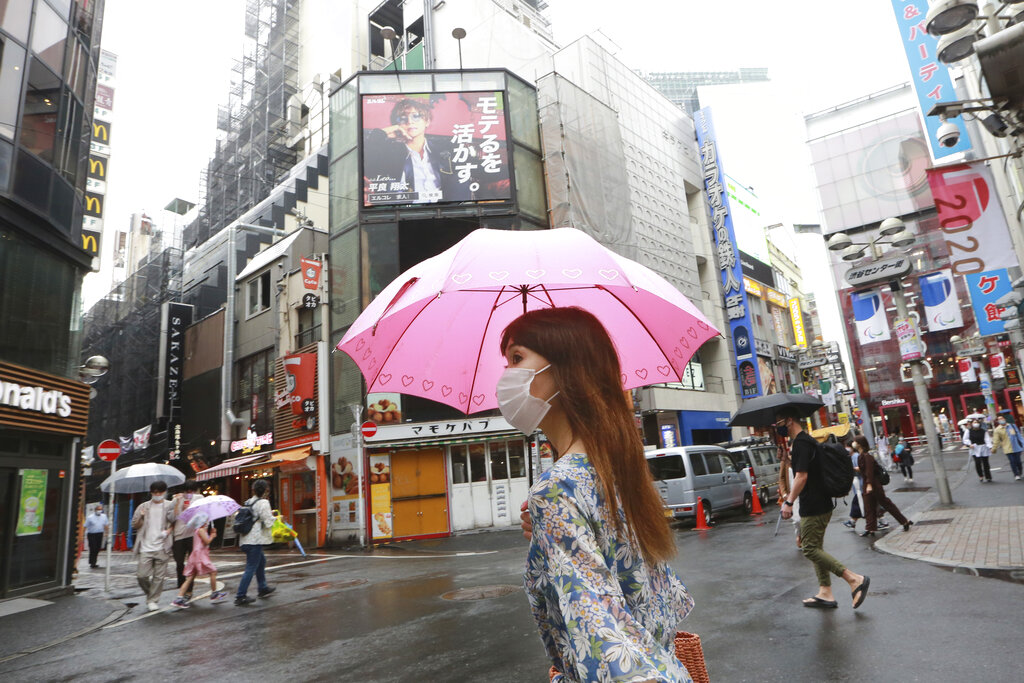 A woman wearing face masks to protect against the spread of the coronavirus walk on a street in Tokyo Tuesday, Aug. 17, 2021. (Photo: AP)

TOKYO, Aug. 17 (Xinhua) -- The Japanese government on Tuesday decided to extend the COVID-19 state of emergency covering Tokyo and other areas and originally ending on Aug. 31, to Sept. 12, while expanding the measure to seven more prefectures.

The decision was made amid a resurgence of infections showing no signs of subsiding.

Ibaraki, Tochigi, Gunma, Shizuoka, Kyoto, Hyogo, and Fukuoka are already under a quasi-state of emergency, which is less restrictive on business activity, but will upgrade their measures from Friday.

Japanese Prime Minister Yoshihide Suga declared the decision after making it official at a task force meeting, warning that Japan is seeing an "unprecedented" rise in COVID-19 infections and saying that the government's "top priority" is to provide life-saving medical care to the public.

He will explain the decision at a press conference later Tuesday.

The extension means Tokyo will host the Paralympics, which is scheduled from Aug. 24 to Sept. 5, entirely under the state of emergency. Organizers agreed the previous day to hold the games, much like the just-ended Olympics, with most of the venues free from any spectators.

The COVID-19 emergency will cover a total of 13 prefectures, while additional 10 prefectures enter a quasi-state of emergency, which will also be effective from Friday through Sept. 12.