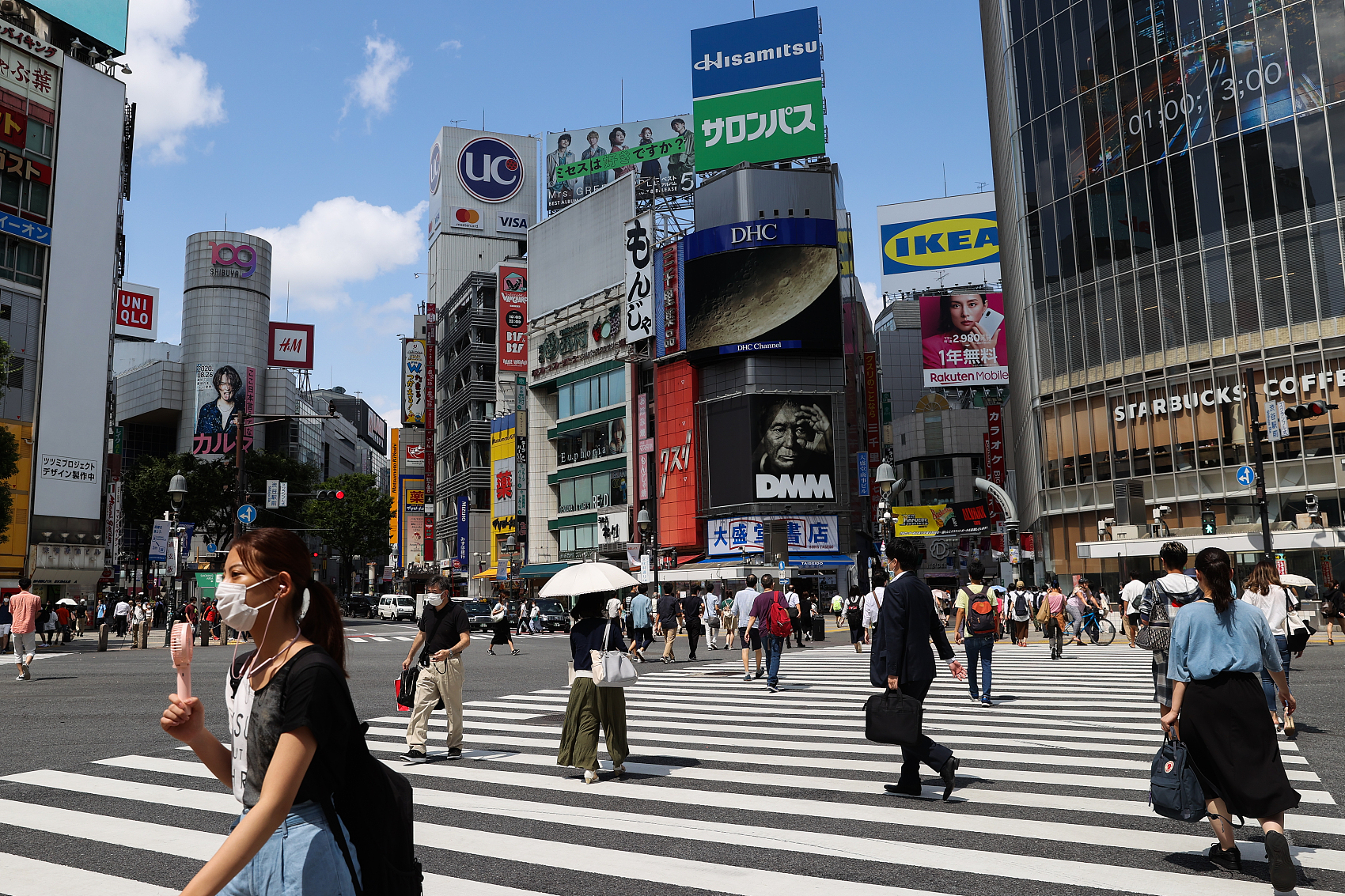 TOKYO, July 19 (Xinhua) -- The Japanese government on Monday maintained its view that the economy of Japan has seen increased weakness in some sectors while some other sectors are picking up in its latest monthly economic assessment, local media reported Monday.

"The economy shows increased weakness in some parts, though it continued picking up amid severe conditions due to the coronavirus," the Cabinet Office said in its July economic assessment.

"Especially, spending on entertainment-related activities picked up in late June. But this month, consumption became sluggish again as a whole, so we ended up maintaining the assessment," a government official said.

In terms of components, the office upgraded the view on corporate business sentiment, saying that it shows "movements of picking up, although some severe aspects remain."

According to the report, exports "continue to increase moderately," and business investment and industrial production are both "picking up".

The latest overall economic view of the government was disclosed after Tokyo entered the fourth state of emergency on July 12 due to a surge in COVID-19 infections.

The latest state of emergency will last until Aug. 22 for Tokyo and Okinawa prefecture, covering the entire period of the Tokyo Olympics from Friday to Aug. 8. Under the emergency, restaurants and bars in the two places are prohibited from offering alcoholic drinks.

Chiba, Saitama, and Kanagawa prefectures surrounding Tokyo as well as Osaka Prefecture are under a quasi-emergency, which allows bars and restaurants serving alcohol until 7 p.m. local time with certain COVID-19 precautions.