TOKYO, Sept. 11 (Xinhua) -- A Japanese high court on Wednesday upheld a ruling by a lower court ordering the Japanese government to pay compensation to around 22,000 plaintiffs in Okinawa over noise from aircraft at a U.S. base. 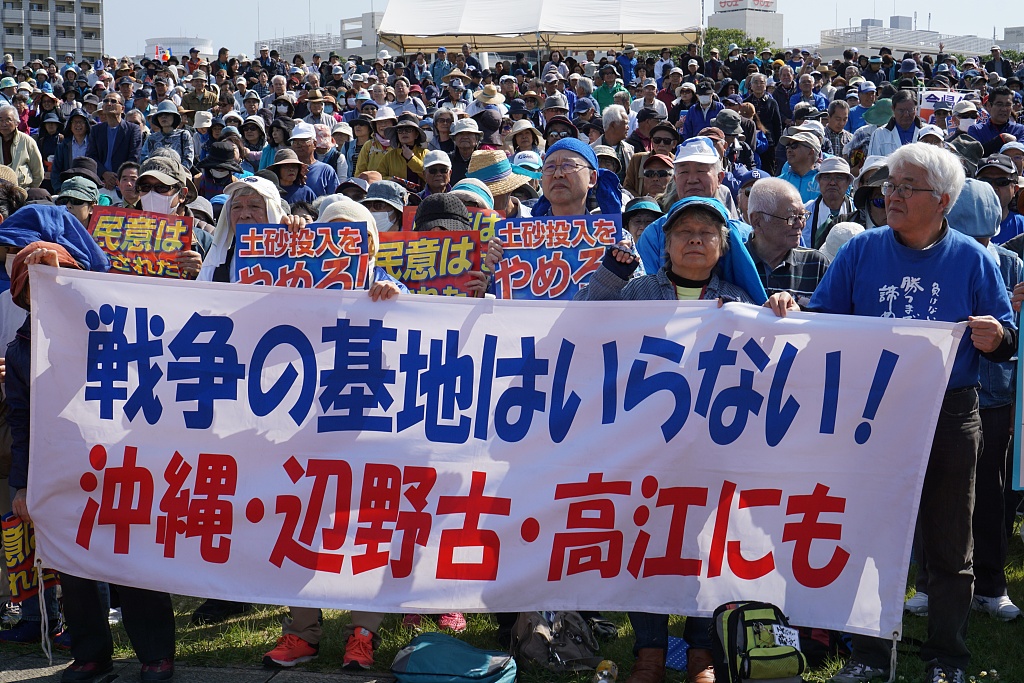 The ruling, first handed down by the Okinawa branch of the Naha District Court in 2017, was appealed by both the government and the plaintiffs in Okinawa.

The damages of 30.2 billion yen initially ordered by the court marked the highest amount among similar suits against the central government over noise pollution from U.S. bases.

Noise complaints, as well as those related to U.S. military-linked pollution and crime have long been the bane of residents in Okinawa.

The tiny island accounts for just a fraction of Japan's total land mass, yet hosts the bulk of U.S. military bases in Japan.

Much to the ire of officials and citizens in Okinawa, the central government, based on a pact made with the United States, is forging ahead with construction work in the coastal region of Henoko for a replacement facility for the U.S. Marine Corps Air Station Futenma in Ginowan.

Amid rising instances of mishaps and accidents involving U.S. military aircraft and criminal cases involving base-linked personnel, calls from Okinawans for their U.S. base-hosting burdens to be lifted have intensified.

Earlier this year, the majority of voters in a prefecture-wide referendum in Okinawa, rejected the government's plans to move the U.S. base to Henoko, calling for the Futenma base to be relocated off the island and out of Japan altogether against a backdrop of rising anti-U.S. sentiment on the island.

Calls are becoming more vociferous from Okinawans for its postwar occupation by U.S. forces to be completely ended, as, legally, Okinawa's control under the United States ended in 1972, but to many on the subtropical island, it feels as though the occupation of their homeland is continuing with no end in sight.