WORLD Japanese gov't to resume construction of US base, Okinawa chief blasts move

Japanese gov't to resume construction of US base, Okinawa chief blasts move 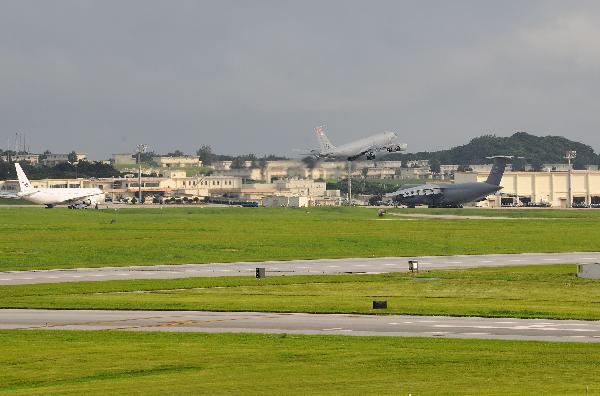 TOKYO, Oct. 30 (Xinhua) -- Japanese Land Minister Keiichi Ishii issued an injunction on Tuesday paving the way for the Defense Ministry to resume the landfill work for the relocation of a controversial US military base within Okinawa, Japan's southernmost prefecture.

Japanese Prime Minister Shinzo Abe on Tuesday indicated that the central government plans to resume the landfill work for the relocation of the US Marine Corps Air Station Futenma from a crowded residential area of Ginowan to the less populated coastal district of Henoko in Nago, now that the land ministry has suspended Okinawa's move to block the work.

"Now that necessary legal procedures have been taken, I think we should respect them," Abe was quoted as telling a Diet session after the decision was made earlier in the day.

"I'll make every effort to realize the return of land used by the Futenma base as soon as possible," the prime minister added.

In making its decision, the land ministry said that further delays in the relocation of the base could harm the US-Japan alliance and Japanese Defense Minister Takeshi Iwaya said he will move ahead and resume the reclamation work.

But Okinawa Governor Denny Tamaki has blasted the land minister's injunction, telling a press briefing in Tokyo that the injunction has no substance and cannot be justified.

"I can only feel strong resentment because of this judgment, which is devoid of fairness and neutrality," Tamaki said.