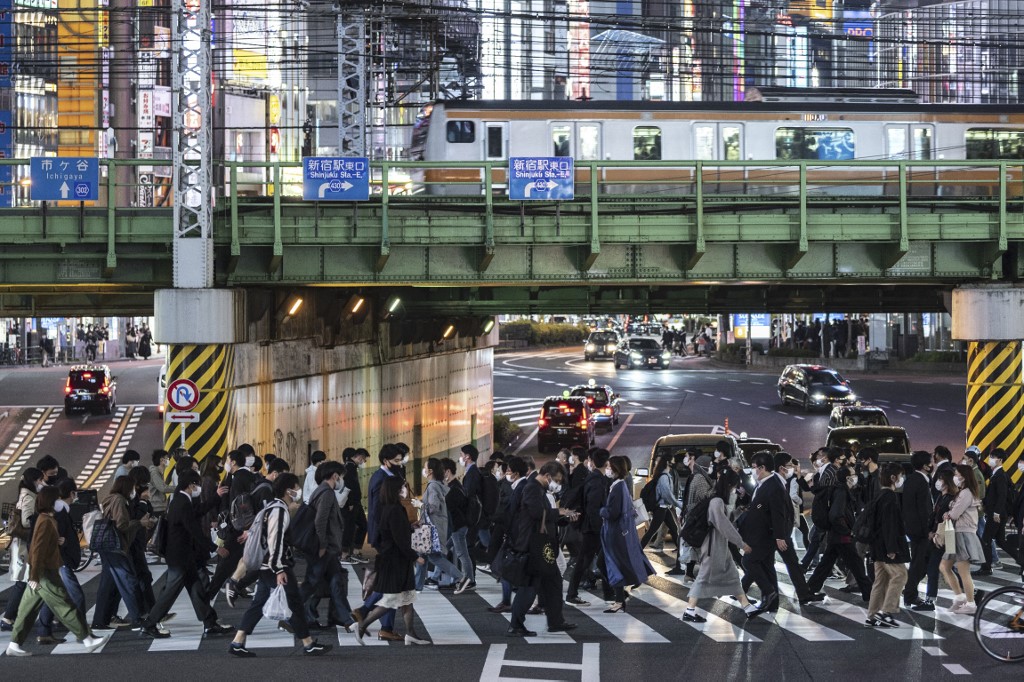 Pedestrians cross a street at night in Tokyo's Shinjuku area on April 2, 2021 as the city reported 440 new infections of the Covid-19 coronavirus. (File photo: AFP)

The figure showed the biggest annual increase following the fiscal measures in response to the COVID-19 pandemic.

The number logged a record high for the fifth consecutive year. The outstanding balance as of March 31 showed that debt per capita amounted to 9.70 million yen (89,000 dollars) on the basis of the estimated population of 125.41 million on April 1.

The increase of debt pushed the world's third-largest economy further away from fiscal restoration, with debt twice the size of the country's gross domestic product.

As the COVID-19 pandemic began to spread across Japan in spring last year, the government has since been implementing fiscal measures on a large scale to finance the economy and the medical system, enacting three extra budgets worth about 73 trillion yen (673.28 billion dollars) in total for fiscal 2020.