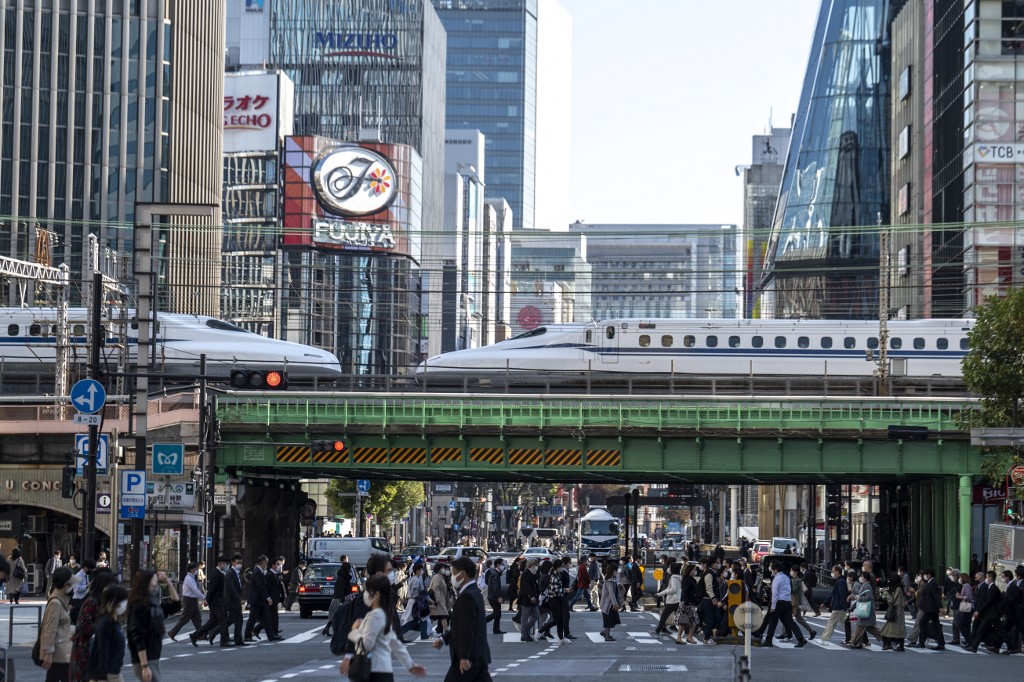 People cross a street while shinkansens, or high-speed bullet trains, pass on a bridge in Tokyo's Ginza area on November 17, 2021. (Photo: AFP)

According to the data, accounting for 53.6 percent of the overall balance, the holding of cash and deposits increased 3.7 percent to 1,072 trillion yen, as people were refrained from spending due to the COVID-19 pandemic.

Many areas of Japan including Tokyo and Osaka were under a months-long COVID-19 state of emergency until the end of September, which required people to avoid nonessential outings and restaurants and bars to close earlier.

Cash and deposits held by nonfinancial firms increased 4.4 percent to 321 trillion yen, accounting for 25.6 percent of the total assets, worth 1,250 trillion yen, up 8.3 percent.

Loans extended by financial institutions to nonfinancial firms were down 0.1 percent to 351 trillion yen.

The BOJ's holding of Japanese government bonds fell 0.7 percent to 538 trillion yen, accounting for 44.1 percent of the outstanding debt issued by the state, as some of them were redeemed at maturity, according to a quarterly report.

The Japanese central bank has implemented a massive asset-buying program to keep borrowing costs low for companies and consumers.