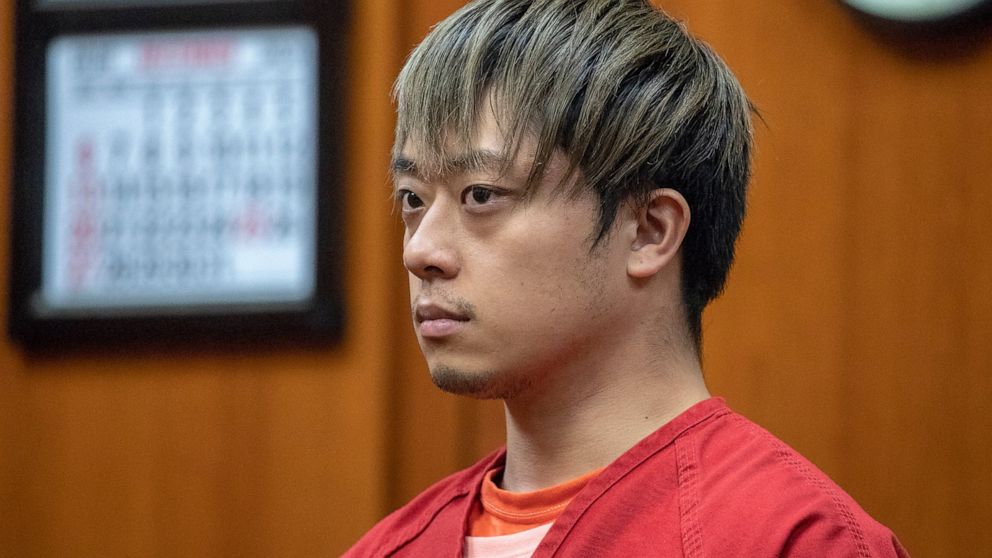 Ryoichi Fuseya, charged with murder in the death of his girlfriend, appears at his arraignment in court in San Jose, Calif., Friday, Feb. 21, 2020. (Photo: AP)

The suspect, identified as Ryoichi Fuseya, stood for an arraignment hearing in Santa Clara County Superior Court in Southern Bay on one count of murder with a weapon enhancement for the killing of his girlfriend Yuiko Takaoka.

Local KRON4 TV said the two lived in a shared Airbnb home in San Jose, where Takaoka's body was found earlier this week under blood-soaked sheets "with a bloody kitchen knife nearby."

Court documents showed the 26-year-old victim was also a Japanese national, and if Fuseya is convicted, he could face a maximum sentence of life in prison for the killing.

No motive for the murder has been revealed, and Fuseya is being held without bail before his next court appearance in March, KRON4 said.

The homicide is the latest at an Airbnb home in the Bay area in recent months. Last year, five people were killed at a Halloween party at an Airbnb rental in Orinda city north of San Francisco.