Chinese vaccine producers Sinopharm and Sinovac have denied selling unapproved vaccines overseas, after Japanese media accused China of seeking to expand its influence through smuggled vaccines, the Global Times learned from sources. Chinese experts slammed such allegations as coming "out of thin air." 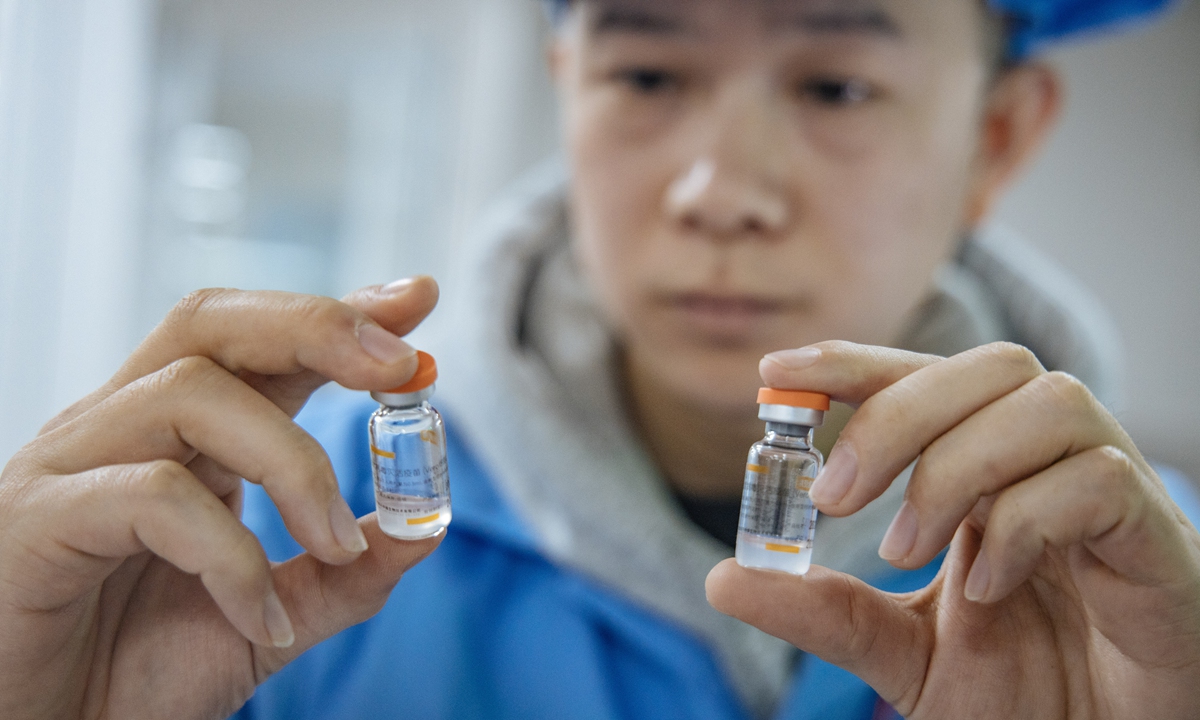 Every vaccine dose can be traced, and unapproved vaccines will not be shipped overseas, a source with Sinopharm who declined to be named told the Global Times.

Sinopharm is aware of the existence of black market vaccines and has been approached by police about the issue, the source said.

Japanese media Mainichi Shimbun claimed in a report on Friday that some Japanese elites are being inoculated with Chinese vaccines, which were suspected of being smuggled to Japan. It also accused China of seeking to expand its influence by shipping illegal vaccines overseas.

The report was slammed by the Chinese Embassy in Japan, which said that publishing such unverified reports goes against its responsibility as a media outlet and could mislead the Japanese public.

The embassy expressed dissatisfaction over Japanese media's comments about how China cooperates with overseas countries without verifying the facts.

The Chinese government has attached great importance to the production and distribution of vaccines, and hopes countries and regions will join hands with China to crack down on counterfeit vaccines and illegal shipping of vaccines overseas, said the embassy.

"Japanese government and people helped China when the epidemic hit China hard previously. If Japan has the intention of adopting China-produced vaccines, it could seek help from the Chinese government openly and China would not object to it. What's the point of receiving vaccines through illegal channels?" said Tao Lina, a vaccine expert in Shanghai.

Tao told the Global Times that the Japanese media's hyping about Chinese vaccines means they trust its efficacy and safety, but the allegation that vaccines are being smuggled out of China comes out of thin air, and there is no way that Chinese vaccines producers would engage in this illegal business.

The Global Times learnt from industry insiders that most of the so-called Chinese vaccines touted overseas are counterfeit and the sources of their ingredients are unknown.

Previously, Chinese embassies in South Africa, Italy, Uganda and Cote d'Ivoire issued notices reminding local Chinese not to buy or get vaccinated using illegal vaccines, as they have received reports that some people have posted ads on social media to sell unauthorized COVID-19 vaccines.