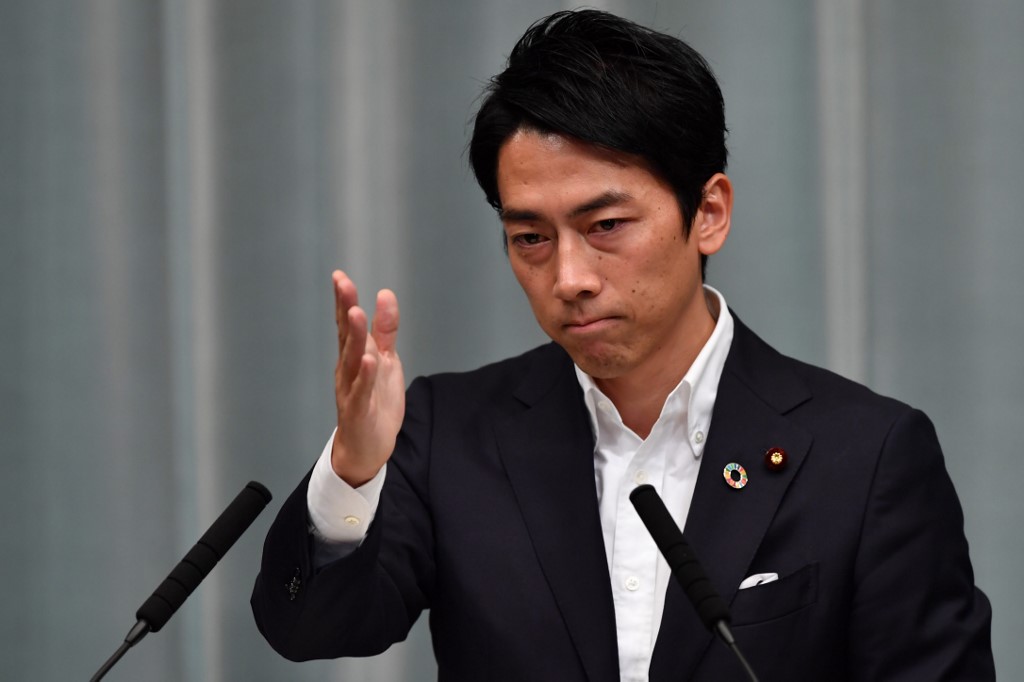 TOKYO, Jan. 17 (Xinhua) -- Japanese Environment Minister Shinjiro Koizumi announced on Friday the birth of his baby boy, with the news coming on the heels of him saying he would become the first Cabinet member to take paternity leave.

"I'm glad I was able to witness the birth (of my first child)," Koizumi, 38, told reporters, adding that mother and child are both doing well.

He later told a press conference, that as a father he felt both delight and relief.

Lower house member Koizumi on Wednesday announced he planned to take paternity leave after the birth of his first child, in a rare move for Japanese fathers in general and particularly for a Cabinet minister.

But Koizumi said he will take two weeks off during the first three months after his wife gives birth, and said that he plans to balance his duties as a father with his ministerial obligations by working shorter days, working from home and asking for the support of junior ministers in his absence.

He has also said he hoped to create an environment in which male ministers can also take child care leave without hesitation.

Some Cabinet members offered their congratulations to Koizumi on his son's birth, saying that his decision to take paternity leave would hopefully pave the way for a shift in thinking in patriarchal Japan on the matter.

"We need to build a momentum for people to take child care leave. I hope the minister will take the lead himself and strengthen the trend," said the Welfare Minister Katsunobu Kato.

In Japan, just over 6 percent of men took child care leave in fiscal 2018, compared to over 80 percent of women.

The government has been pushing initiatives to raise the rate of men taking paternity leave, however, to 13 percent this year.

Starting from April this year, the government will encourage male civil servants to take at least one month paternity leave.

Japan has traditionally seen fathers opt not to take paternity leave for fear of being judge negatively by their bosses and peers, and mothers taking maternity leave have faced harassment from their colleagues upon returning to work, as has been widely reported in the media here.

As for Koizumi's rare move as a minister, Japan's top government spokesperson Chief Cabinet Secretary Yoshihide Suga said it would "positively affect men's child-rearing involvement in both the public and private sectors."