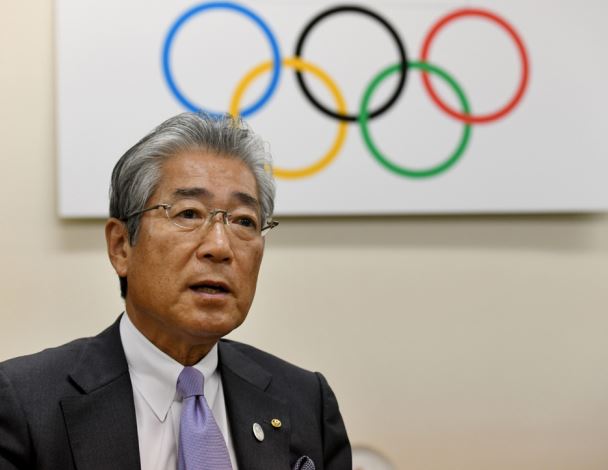 Japanese Olympic Committee president Tsunekazu Takeda speaking during an interview with AFP at his office in Tokyo. (File photo: AFP)

The head of Japan's Olympic Committee has been charged in Paris for "active corruption" in connection with the awarding of the 2020 Olympics to Tokyo, a judicial official told AFP.

Tsunekazu Takeda was indicted on December 10 by investigating magistrates looking into a suspect payment of 2.8 million Singapore dollars ($2.3 million) made before the Japanese capital was chosen to host the Olympics, the source said Friday.

Tokyo beat Madrid and Istanbul in the 2013 vote.

Takeda, a former Olympic showjumper who led the country's campaign for the Games, said he had cooperated with a French judge looking into the matter, adding: "I was not involved in any wrongdoing such as bribery."

The 71-year-old, who is a member of the International Olympics Committee (IOC), added that "wrong information that I was indicted has been shared," and pledged he would "cooperate with investigations to clear up any doubts."

Takeda was "mis en examen" by the French magistrates, a legal step that has no direct equivalent in the American or British legal systems, but roughly translates as being charged.

It does not automatically trigger a trial, but it means that prosecutors believe there is strong or corroborated evidence of wrongdoing.

The French investigation, launched in 2016, relates to two payments made to Singapore-based Black Tidings, a firm linked to Papa Massata Diack, son of the Senegalese former head of the International Association of Athletics Federations (IAAF), Lamine Diack.

The younger Diack, formerly a marketing advisor to the IAAF, has been accused of accepting bribes.

The payments were made in two stages, before and after the IOC vote that decided the host city.

France is investigating the case because funds involved might have been laundered in France.

Shortly after accusations first surfaced, the Japanese Olympic committee appointed a three-man judicial panel to look into the matter. The panel reportedly cleared the campaign committee of any wrongdoing in September 2016.

At the time, Japanese Olympic officials said the suspect funds were owed for "the legitimate payment of a consultant", adding that no one was aware of a link between Black Tidings and Papa Massata Diack.

Papa Massata Diack, known as PMD, is suspected of having received several million euros in bribes, either for sponsorship contracts or to favour the Rio de Janeiro and Tokyo bids for the 2016 and 2020 Olympics.

Massata Diack has been on Interpol's most-wanted list since December 2015 but the Senegalese government refuses to extradite him to France.

The French investigation comes at a tricky time in Franco-Japanese relations which have been strained by the shock arrest of car industry boss Carlos Ghosn in Tokyo on financial misconduct charges.

Ghosn's arrest has exposed rifts in the alliance he forged and led between Japanese vehicle makers Nissan and Mitsubishi Motors, and France's Renault, which is partly owned by the French state.

A spokesman for the Japanese embassy in Paris, Yoshihiro Higuchi, said the Japanese government was unaware that Takeda was being investigated.

News of the indictment as Japanese Olympics Minister Yoshitaka Sakurada visited Paris to hold talks with representatives of the 2024 Paris Olympics organising committee.

The French probe was launched in the wake of allegations of wide-scale corruption involving the IAAF, which was initially accused of helping Russian athletes evade sanctions imposed for failing doping tests.

A spokesperson for the International Olympics Committee (IOC) said Friday it was monitoring the situation.

"Mr Takeda continues to enjoy the full presumption of innocence," the spokesperson said.