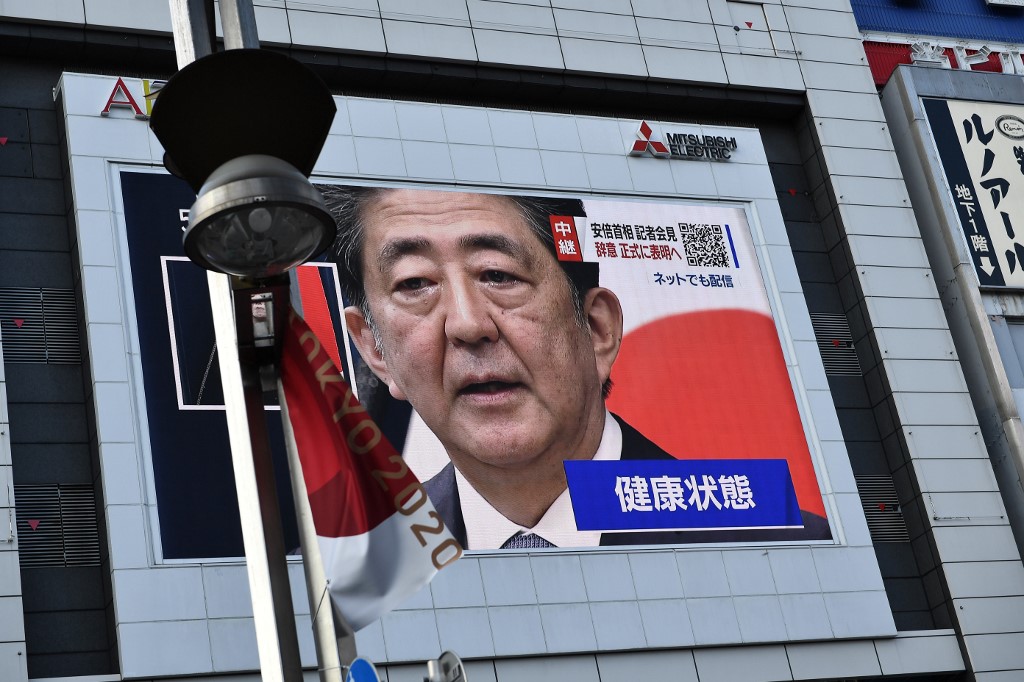 Japanese Prime Minister Shinzo Abe is seen on a large screen giving during a live press conference in Tokyo on August 28, 2020. (Photo: AFP)

TOKYO, Aug. 28 (Xinhua) -- Japanese Prime Minister Shinzo Abe said at a press conference Friday that he would step down from his post due to health concerns, bringing an end to his record eight-year tenure.
However, the prime minister said that he planned to continue his political career and would run in the next general election to be held by the fall of 2021.
On a nationally televised press conference, Abe said he would remain in office until his successor was chosen by the ruling Liberal Democratic Party (LDP) but he stopped short of naming his preferred successor.
Abe said that his health condition worsened and he began feeling severe fatigue in July, adding that he lost confidence in his ability to serve Japanese people.
The prime minister said test results in June showed his ulcerative colitis, an intestinal disease that led his first one-year stint to end abruptly in 2007, was beginning to resurface. He said he would receive new treatment but required prolonged care.
According to local media reports, the LDP will decide next Tuesday on how to hold a leadership election, with parliamentarians and representatives of local chapters likely casting ballots.
Abe also said that the downtrend in COVID-19 cases prompted him to resign.
The prime minister said at a government meeting on Friday that Japan aimed to secure COVID-19 vaccinations for all citizens by the first half of 2021. He also announced a set of measures against the novel coronavirus including increasing the country's virus testing capacity.
Speculations about the Japanese premier's deteriorating health have been swirling of late and amplified by two trips to a Tokyo hospital within a week.
Abe's first admission to hospital on Aug. 17 for what was described as a "health check up" that lasted more than seven hours stoked concerns about his health.
On Aug. 24, Abe revisited the Keio University Hospital in Tokyo to receive the results of the checkup and to receive more tests. On the same day, he became Japan's longest-serving leader with the most consecutive days in office at 2,799.