OSAKA, Japan, June 29 (Xinhua) - Japanese Prime Minister Shinzo Abe on Saturday said at the conclusion of a two-day Group of 20 (G20) major economies summit in Osaka, western Japan, that consensus had been reached among members to tackle the downside risks facing the global economy. 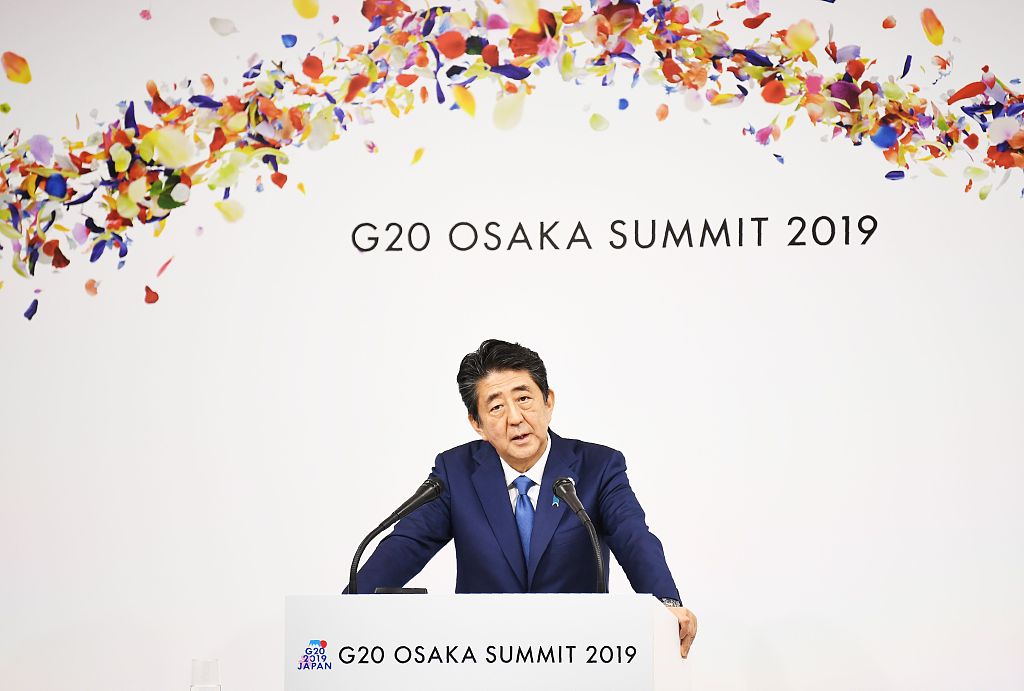 In a press conference just ahead of the release of the G20 Osaka Leaders' Declaration, while acknowledging that some risks are still facing the global economy, the Japanese leader maintained, however, that global growth is "stabilizing."

While stating that the global free trade systems in recent history may have been "wobbling," Abe, chairing the G20 for the first time, reiterated his previous commitment to send out a "strong message" to the world from the G20 in support of "free, fair and nondiscriminatory" trade."

On this point, he said that the G20 members had underscored these fundamentals during the summit, in line with a focus on "win-win" outcomes, as per his previous commitment to seek to foster accord rather than disputes and consensus over controversy between G20 members.

Abe added that during the two-day summit, representative leaders were able to confirm the basic principles of free trade, and that leaders had pledged to use "all policy tools" to support the global economy.

He maintained that the "G20 is resolved to serve as a driving force for powerful economic growth."

Abe, at the conclusion of the 14th G20 summit, also said that members had discussed the issue of the need to reform the World Trade Organization (WTO) and the issue was moving forward.

His remarks echoed those of members agreeing a day earlier that expediting the reform of the WTO was important, in twine with a "rules-based trade system," to create a "level playing field."