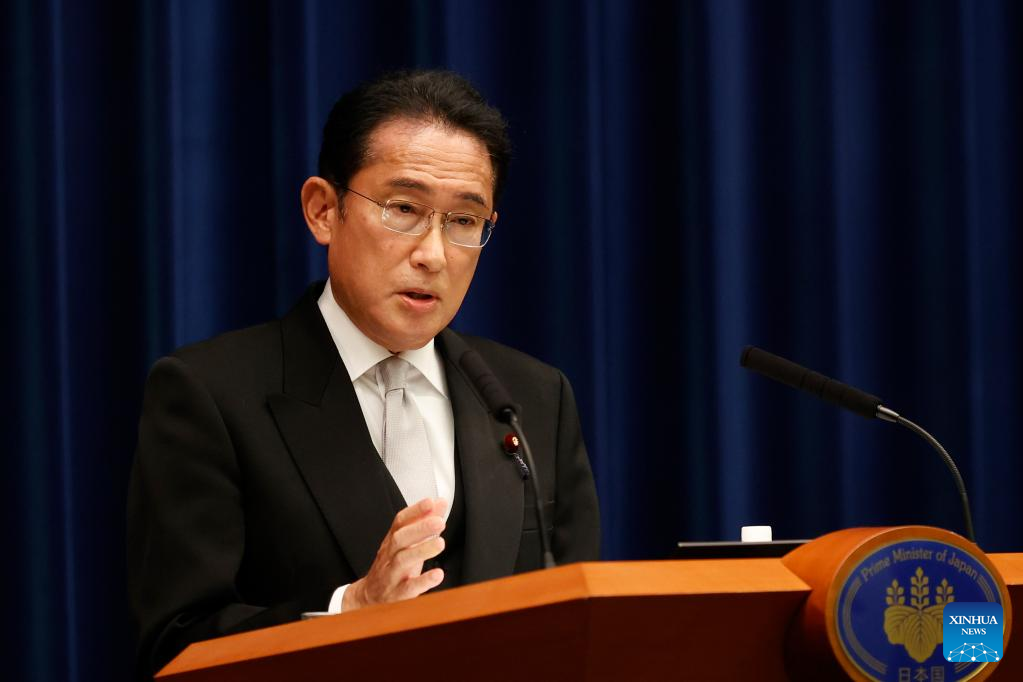 TOKYO, Aug. 15 (Xinhua) -- Japan on Monday marked the 77th anniversary of its surrender in World War II, with Prime Minister Fumio Kishida delivering his speech without remorse for the country's wartime aggression history.

Kishida, in his address, said that the history of suffering and those who died in the war are something never to be forgotten and pledged that the horrors of war should never be repeated.

The speech, however, did not mention Japan's wartime aggressions.

This is an extremely pertinent point for the international community to assess Japan's honest reflection on its wartime atrocities, and Japanese prime ministers had previously addressed the country's wartime aggression at the annual commemoration.

At the scaled-down and socially-distanced event attended by around 1,000 people, much less than pre-pandemic numbers, Emperor Naruhito said, "Bearing in mind the feelings of deep remorse, I honestly hope the ravages of war will never be repeated."