WORLD Japanese PM: no need for state of emergency amid surge of COVID-19 cases

Japanese PM: no need for state of emergency amid surge of COVID-19 cases

TOKYO, Dec. 25 (Xinhua) -- Japanese Prime Minister Yoshihide Suga on Friday said it was not needed to declare a national state of emergency, as COVID-19 infections continued to surge in the capital Tokyo and other areas. 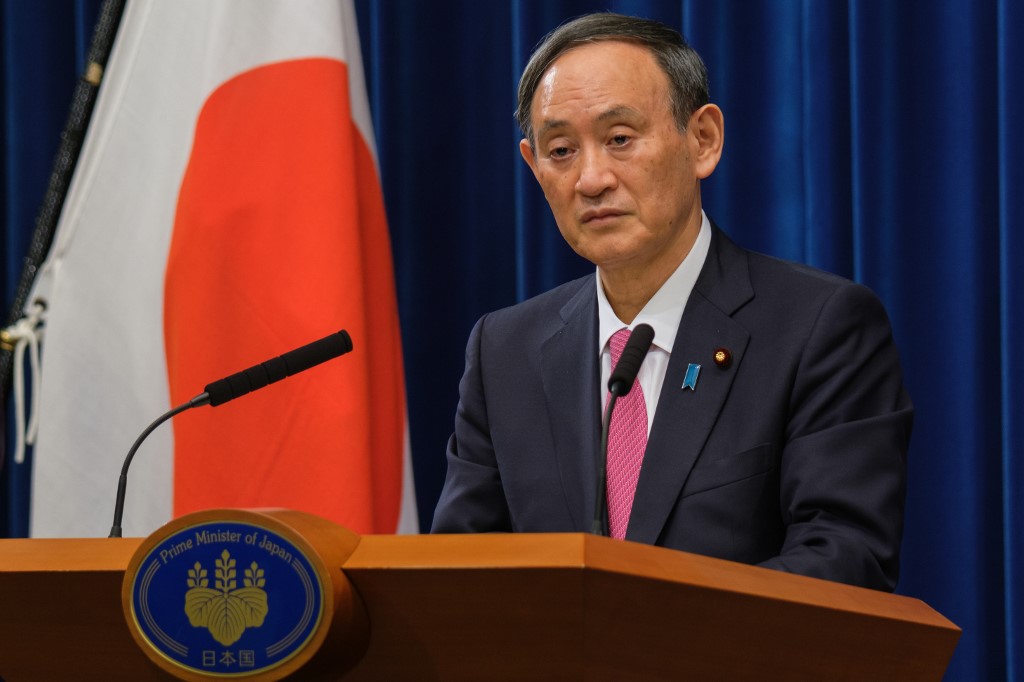 Japan's Prime Minister Yoshihide Suga speaks during a press conference on the COVID-19 coronavirus in Tokyo on December 25, 2020. (Photo: AFP)

Speaking at his final press conference of the year, Suga said that the head of the government's expert panel on the COVID-19 pandemic had told him that it was not necessary to declare a state of emergency at the moment.The Japanese prime minister urged Japanese people to spend the New Year holidays "quietly" and avoid large gatherings among family and friends in an effort to contain the recent surge in coronavirus cases.

"Please cooperate by refraining from gatherings as much as possible, so that we can stop infections from spreading" during the holidays, he said.

Suga also said he mulls enacting legislation that would allow the government to compensate restaurants, bars and other eateries asked to shorten business hours and penalize those that do not comply with the restriction.

According to Suga, Japan will bar entry of foreign nationals who have recently traveled to South Africa, where a new variant of COVID-19 believed to spread faster was discovered. The Japanese government has made a similar decision concerning Britain.

Japan's COVID-19 cases continued to surge recently, with Tokyo reporting a daily record of 888 cases on Thursday. According to the latest figures from the health ministry and local authorities, the confirmed COVID-19 cases in the country increased by 3,792 to 214,514 as of Friday evening.