Japanese PM to dissolve House of Representatives for general election

TOKYO, Oct. 14 (Xinhua) -- Japanese Prime Minister Fumio Kishida is set to dissolve the House of Representatives on Thursday afternoon for a general election, which will be held on Oct. 31 after the four-year term of lower house members expires on Oct. 21. 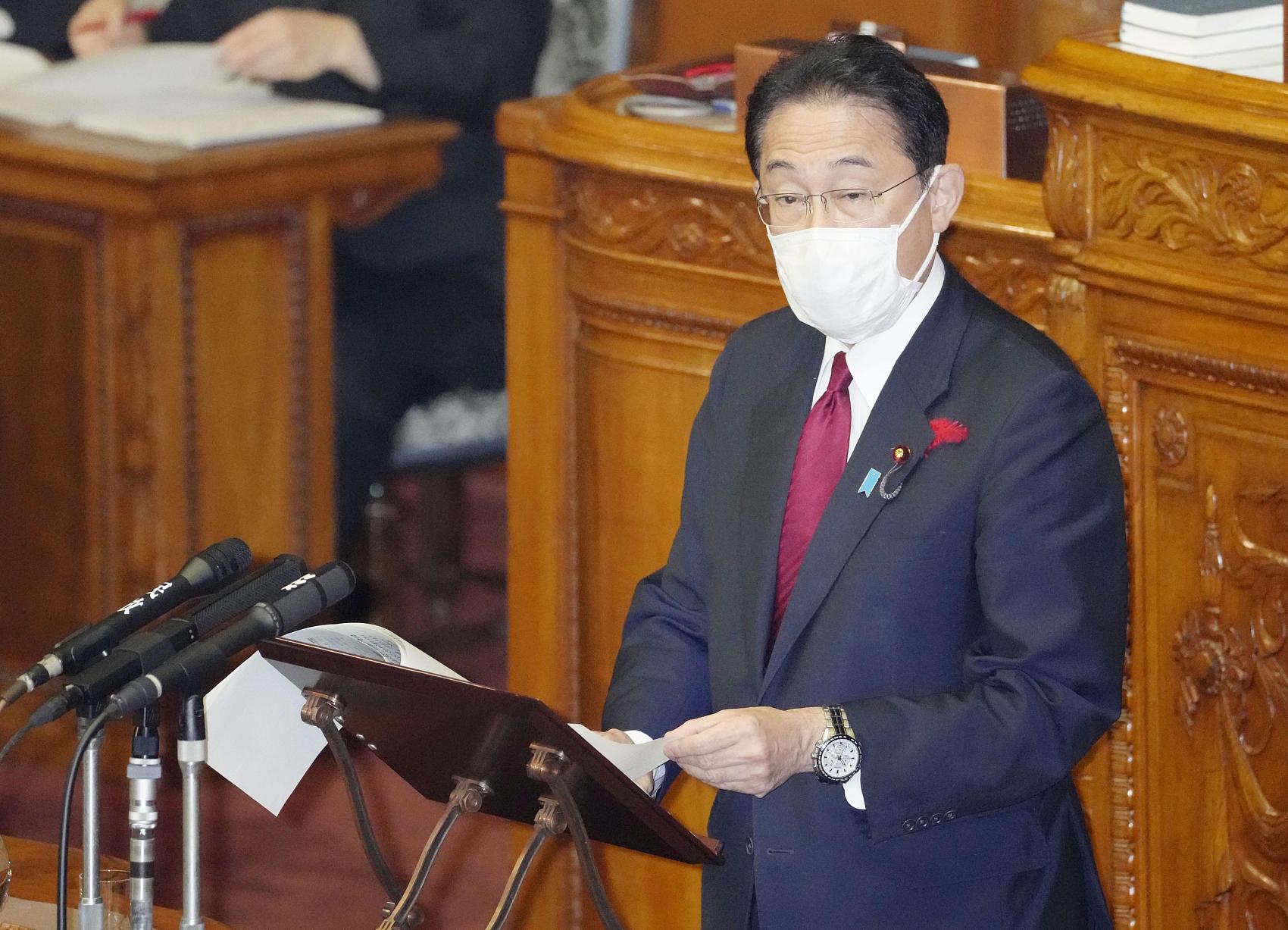 Japanese Prime Minister Fumio Kishida speaks during a House of Councillors plenary session in Tokyo on Oct. 13, 2021, wearing a mask for protection against the coronavirus. (Photo: VCG)

In Japan's postwar history, this will be the first time that a general election is scheduled after the term has expired. In addition, the period between the dissolution of the lower house and the voting day will be the shortest.

Kishida won the presidential election of the ruling Liberal Democratic Party (LDP) on Sept. 29 and was elected as prime minister on Oct. 4 in parliament controlled by the LDP-led coalition.

The new prime minister's top issue is likely to be rebuilding the battered economy while keeping the COVID-19 infection under control. He has said that an economic package worth "tens of trillions of yen" is in preparation to help people and businesses suffering from the COVID-19 pandemic.

In his first policy speech, Kishida vowed to achieve economic growth for the country with his "new form of capitalism" and redistribute the fruits of that success to build up a stronger middle class. However, he has recently emphasized that Japan needs to first realize economic growth before redistributing wealth.

According to a Kyodo News survey, the approval rating for Kishida's Cabinet shortly after its launch stood at 55.7 percent.