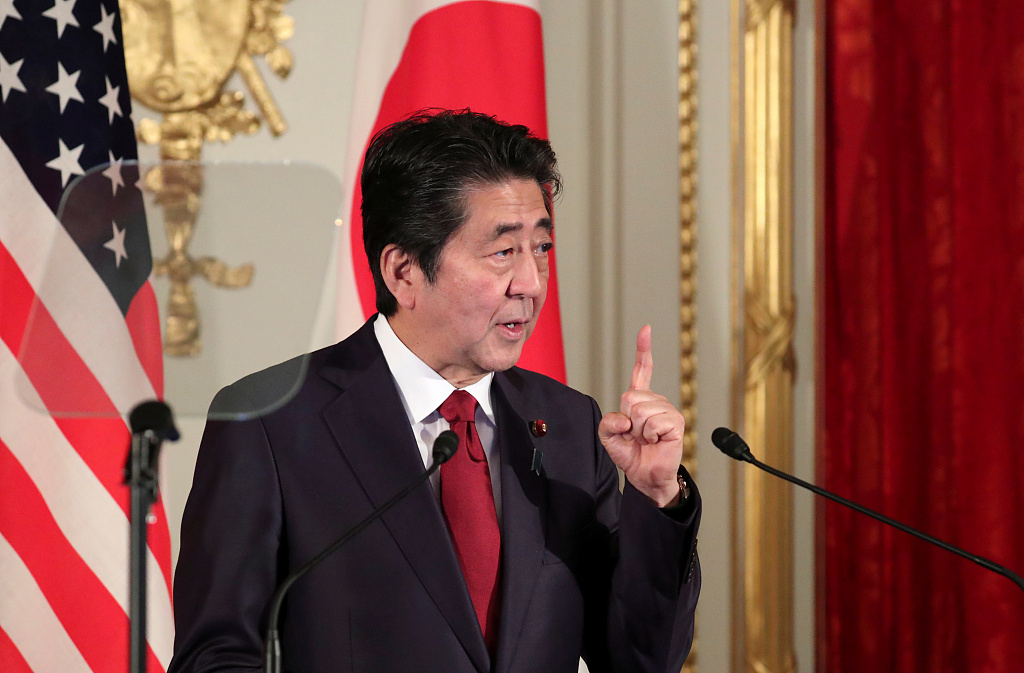 TOKYO, June 11 (Xinhua) -- Japanese Prime Minister Shinzo Abe will visit Iran for a two-day trip from Wednesday amid rising tensions in the Gulf between Washington and Tehran over an international nuclear agreement.

Prior to his visit, Abe held telephone talks with US President Donald Trump on Tuesday to discuss the current Gulf situation.

According to Japan's top government spokesperson Chief Cabinet Secretary Yoshihide Suga, the two leaders discussed a number of issues, including the situation regarding Iran.

Abe, during Tuesday's talks, is believed to have discussed with Trump his plans to meet with Iran's Supreme Leader Ayatollah Ali Khamenei and President Hassan Rouhani and his intentions to try and urge Iran to stick to an international nuclear accord inked in 2015 between Iran and six other countries.

Trump, however, has since pulled the US out of the international nuclear deal and restored sanctions against Tehran that were scraped under the 2015 deal.

Japan's top government spokesperson also said that in light of the escalating tensions in the region, Japan will seek to use the summit-level talks to try and urge Iran to exercise restraint and engage in dialogue.

Analysts noted that the vast majority of Japan's oil imports come from the Middle East, thus a military conflict in the region would have a major impact on Japan's energy supplies.

Local media reported that during Trump's visit to Japan in late May, Abe had informed him of his intention to visit Iran.

According to the Japanese government, Abe's visit is aimed at developing Japan's traditional friendly relations with Iran, easing regional tensions and promoting dialogue between the United States and Iran.

Abe told a Liberal Democratic Party meeting on Monday that the stability of the Middle East is directly related to the stability of Japan, and that he will play a constructive role on the basis of the friendly relations between Japan and Iran forged by his predecessors.

According to Japanese media reports, the Iranian side will entrust Abe to convey Iran's position to Trump during the Japan-Iran summit.

Meanwhile, some analysts said the visit will be another "political show" by Abe to display his diplomatic achievements before the Upper House election in July.