Around 1,500 people rallied in Tokyo on Thursday against the increase of defense budgets and tax hikes planned by the government. Earlier on Wednesday, Japan's ruling parties agreed to raise taxes to make up for an expected shortfall in funding to achieve a substantial increase in defense spending. 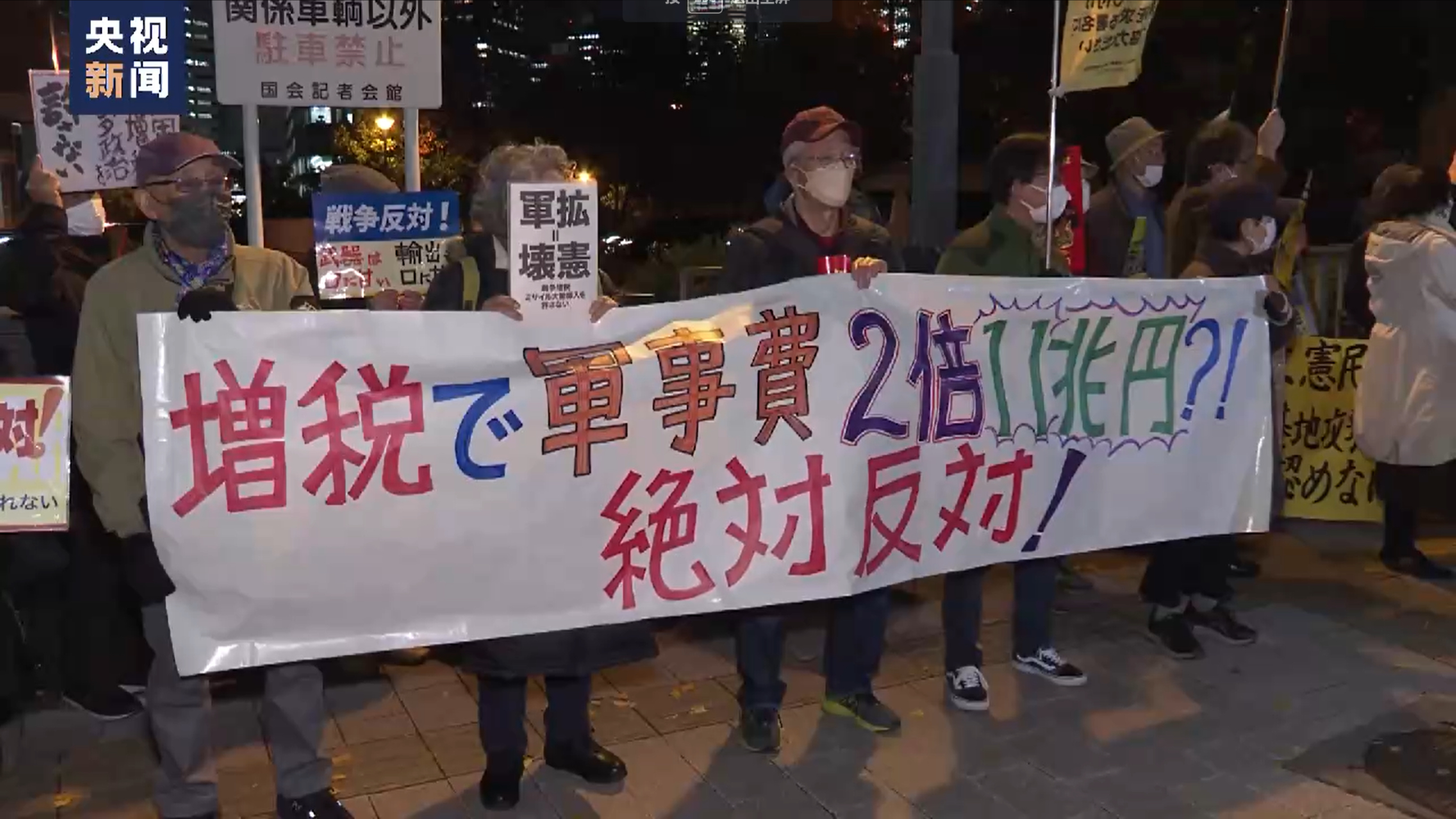 Breaking its former defense budget principles that have stood for nearly half a century, the Japanese government has decided to raise its defense spending from one percent of the GDP to two percent in five years, citing to cope with the severe security environment. The two percent target is on par with the North Atlantic Treaty Organization members.

To find stable funding sources, officials said that they will first resort to reforming its spending and tapping surplus funds before turning to tax raising which has triggered a backlash from businesses and the broader public.

On Thursday's rally, opposition groups gathered at Hibiya Hall in downtown Tokyo along with activists from trade unions and civic groups, demonstrating their grievance towards the increase of defense budgets, the tax hike, the current deficit and inflation.

"The Japanese government is currently mired in a debt quagmire, with over 1,200 trillion yen government debt. Whether the government can further increase defense spending must be discussed extensively. But the government didn't give us the chance, and many Japanese are angry," Atsushi Koketsu, vice president of Japan's Yamaguchi University told China Central Television (CCTV).

Some demonstrators criticized the decision, arguing that with COVID-19 and sharp consumer goods prices, the number of people living in hardship has increased significantly. The rising defense costs and taxes will only make people's lives harder, CCTV reported, citing a protester at the scene.

A number of anti-war groups also spoke out against the government's defense plans, campaigning to protect Article 9 of the Japanese Constitution, which prohibits war, as they believe the new budgets will involve the possibility of pre-emptive attacks on enemy bases.

According to local news reports, one of the main goals of Prime Minister Fumio Kishida's government's sharp increase in military spending is to introduce advanced military weapons that can strike directly at enemy missile launch sites, such as long-range missiles bought from the U.S. and others manufactured in Japan.