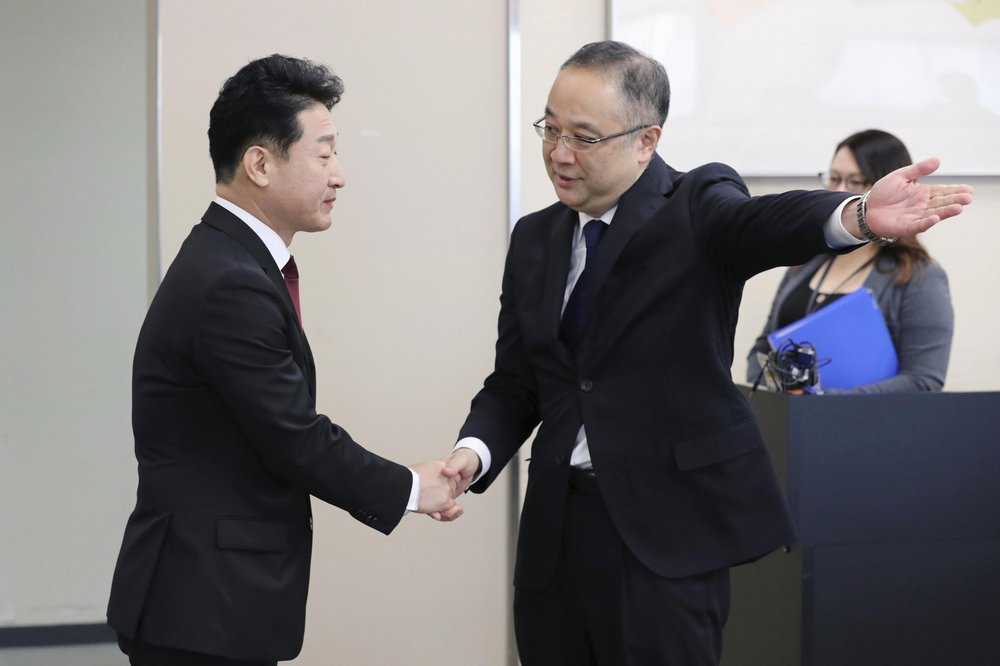 The talks in Tokyo were the first held between both countries at this level since June 2016 and come as both sides look to address a bitter diplomatic row stemming from a wartime labor dispute spilling over into trade and security areas.

As the dispute escalated, Japan in July tightened export controls on some high-tech products key to South Korea's semiconductor and display industries, claiming the move was owing to security issues.

The Japanese side also removed South Korea from its "white list" of preferential trade partners, dealing another blow to its neighbor.

South Korea hit back by removing Japan from its list of preferential trade partners, and, similarly tightened export controls on some of its products bound for Japan.

With the tit-for-tat trade spat leading to ties between both countries sinking to the lowest level in decades, South Korea said in August it would cancel a key military intelligence-sharing pact with Japan, a move Tokyo strongly urged Seoul not to follow through with amid regional security concerns.

Just hours before the General Security of Military Information Agreement (GSOMIA) was set to expire, South Korea, on Nov. 22, announced it would temporarily suspend its termination of the agreement, as well as cancel a complaint it had made with the World Trade Organization against Japan's tightened export controls.

Amid signs of a possible thawing in diplomatic tensions, Japan's Minister of Economy, Trade and Industry Hiroshi Kajiyama said in early December that he hoped through dialogue, cooperation between both sides on a number of issues could be stepped up.

The meeting held on Monday at Japan's trade ministry between Yoichi Iida, director general of the ministry's trade control department, and his South Korean counterpart Lee Ho Hyun, will hopefully help pave the way for a continued thawing of ties and productive talks between Abe and Moon next week, the first in more than a year for the pair, sources close to the matter said Monday.

Kajiyama has intimated that while the latest talks were aimed at South Korea's trade policies, they could serve as a catalyst towards Tokyo easing its export controls, a move Seoul has been pushing for.