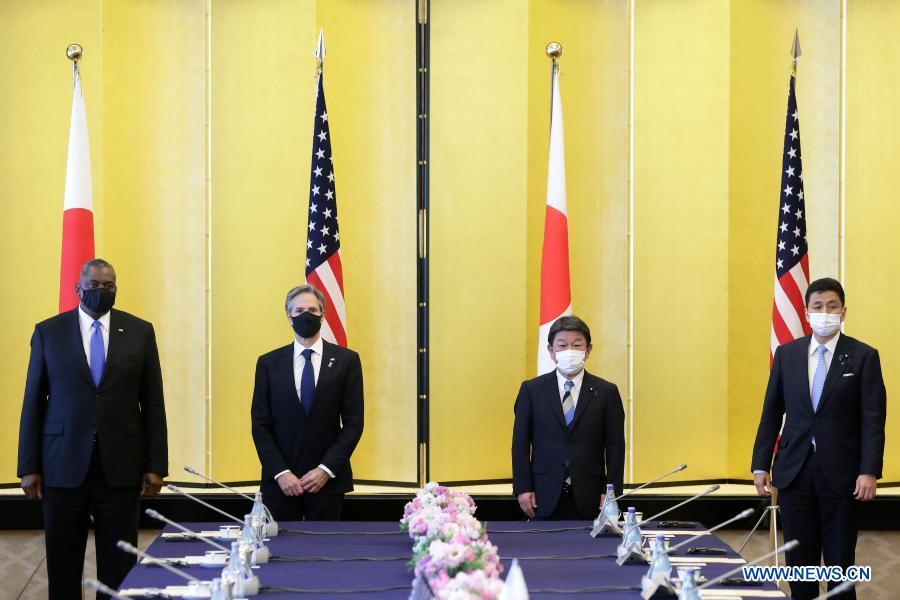 The two sides also discussed the Korean Peninsula issues as well as other regional matters, according to a joint statement issued after the meeting.

Meanwhile, they vowed to enhance cooperation in new domains, including space and cyberspace, the statement said.

The U.S. officials arrived Monday in the Japanese capital on the first cabinet-level overseas trip by U.S. President Joe Biden's administration members. They are set to meet with Japanese Prime Minister Yoshihide Suga, who is scheduled to visit the U.S. in the first half of April for talks with Biden.

After visiting Japan, Blinken and Austin will travel to Seoul on Wednesday for talks with their South Korean counterparts.