The operator of the nuclear plant wrecked by an earthquake and tsunami is expected to notify Fukushima officials of its plan to decommission more reactors in northeastern Japan. 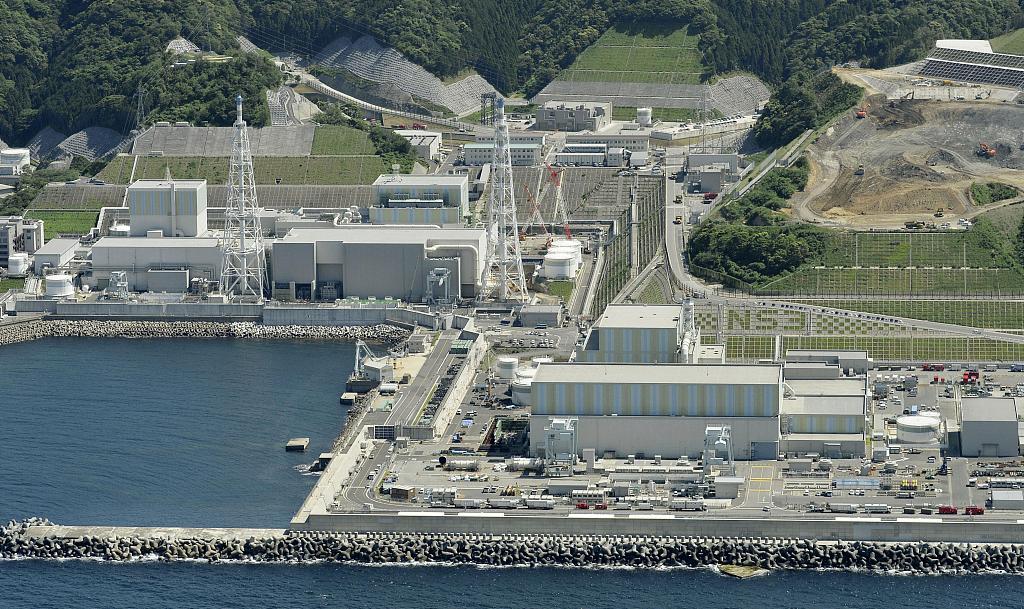 Photo taken from a Kyodo News helicopter on May 21, 2018, shows (from L) the No. 1, No. 2 and No. 3 reactors at Chugoku Electric Power Co.'s Shimane nuclear power plant in Matsue, Shimane Prefecture, western Japan. (File photo: VCG)

Nearby Fukushima Dai-ichi had meltdowns in three reactors and structural damage in a fourth during the 2011 disaster. All six reactors, including four that are currently being decommissioned, will be dismantled in a process that will take decades.

TEPCO President Tomoaki Kobayakawa is set to brief Fukushima Gov. Masao Uchibori and the plant's two host-town mayors Wednesday on what to do with Fukushima Dai-ni. The company did not give further details.

The planned decommissioning would mean all 10 of TEPCO reactors in Fukushima will be dismantled.

Fukushima officials and residents have demanded the decommissioning, saying the uncertainty hampers reconstruction in the region.

Last year, TEPCO said it will decide on the timeline and other details before formally announcing the dismantling of four reactors at the Fukushima No. 2 plant.

The company has said the decommissioning would cost about 280 billion yen ($2.5 billion) in addition to the estimated 22 trillion yen ($200 billion) needed for the ongoing cleanup at the wrecked Fukushima Dai-ichi.

A plan to also decommission Fukushima Dai-ni is expected to be formally approved at a board meeting at the end of July.

TEPCO would be left with only Kashiwazaki-Kariwa plant in Niigata, northern Japan, to produce nuclear power. Local restart approvals for two of its seven reactors are pending more than eight years after the Fukushima crisis.

Other nuclear plant operators have also opted to decommission aging reactors due to hefty spending to meet new safety standards put in place after the Fukushima disaster, making nuclear power far more expensive than it used to be.

Of the 54 workable commercial reactors that used to operate in Japan before the Fukushima accident, 24 of them, including 10 of TEPCO's, are designated for scrapping. Only nine have since restarted, while restart approval for 12 others are still pending.

Still, Prime Minister Shinzo Abe's pro-business government says nuclear energy is indispensable and should account for 20-22 percent of Japan's energy mix by fiscal 2030, according to an energy plan criticized by experts as unrealistic and delaying growth of renewable energy.