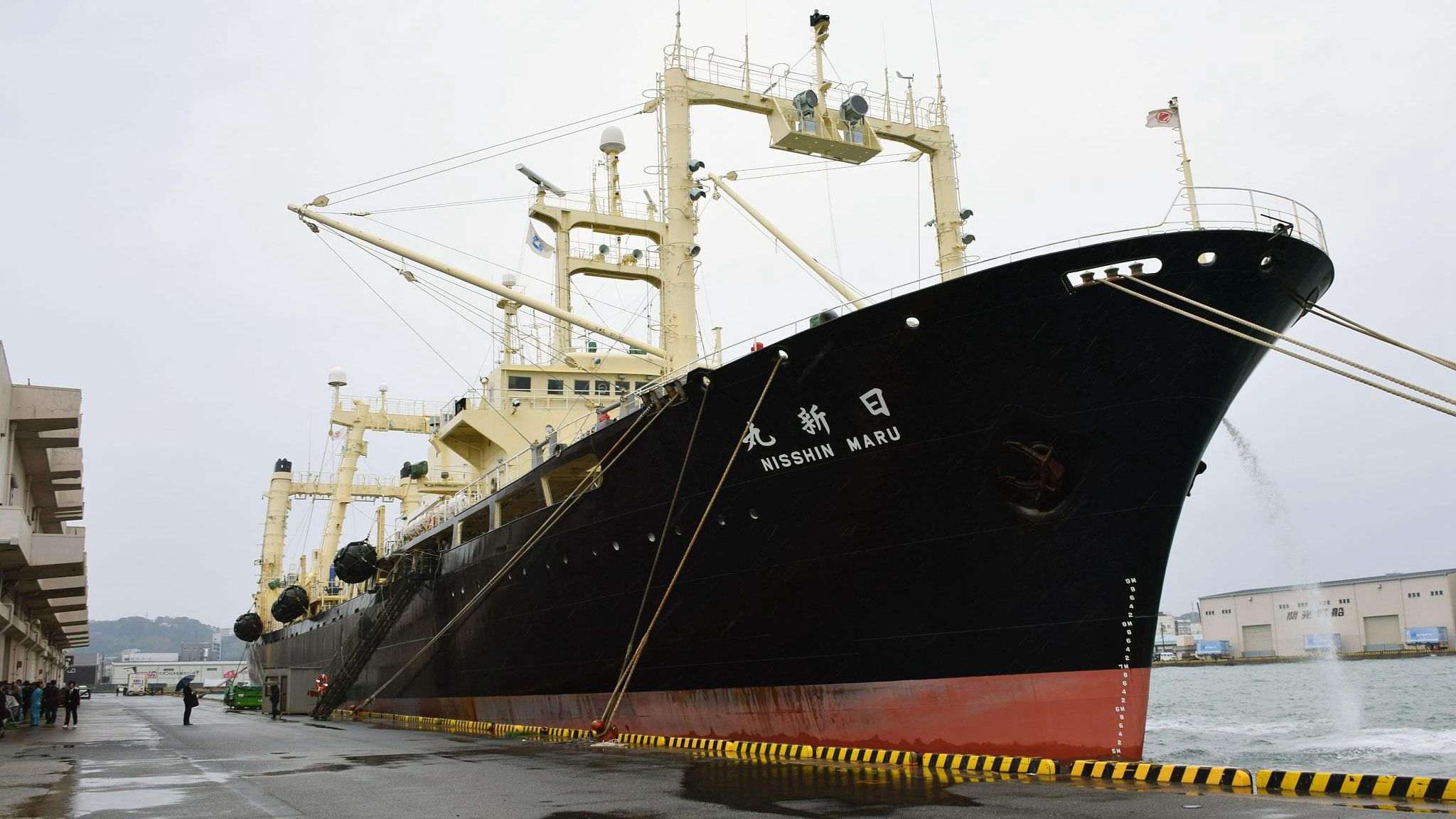 Japanese whaling vessel the Nisshin Maru returns to the Shimonoseki port in southwestern Japan on March 31, 2017, after it and two other vessels hunted 333 minke whales in the Antarctic Ocean. (File photo: VCG)

TOKYO, March 29 (Xinhua) -- A whaling vessel left a port in western Japan on Friday to take part in the last of the government's so-called research whaling program before the country begins commercial whaling after withdrawing from the International Whaling Commission (IWC).

The ship departed from the port town of Taiji in Wakayama Prefecture, known for its controversial whaling and annual dolphin drive hunt, to head for Ishinomaki City in Miyagi Prefecture, in northern Japan, where it will join other vessels.

Between April and June, the fleet will catch around 80 whales off Miyagi and Aomori prefectures in Japan's northeast and 47 whales off Abashiri in the northernmost prefecture of Hokkaido, purportedly to collect scientific data pertaining to the mammals'size, age and weight among other details.

From July, the ship departing from Taiji will go on take part in commercial whaling operations.

This will mark the first time that Japan has officially resumed its commercial whaling program in 31 years.

The resumption of Japan's commercial whaling program will begin the day after Japan officially leaves the IWC by the end of June this year. Japan announced officially to withdraw from the IWC in December last year.

The IWC instituted a moratorium on commercial whaling in 1982. Japan initially opposed the freeze but began complying in 1988.

However, it has continued to hunt a quota of whales for what it has described as scientific research purposes since 1987 amid widespread criticism that the whales are actually being sold for commercial reasons, mainly for their meat.