Japanese voice actress Ai Kayano was embroiled in controversy on Chinese social media after she revealed that she recently paid a visit to the Yasukuni Shrine. 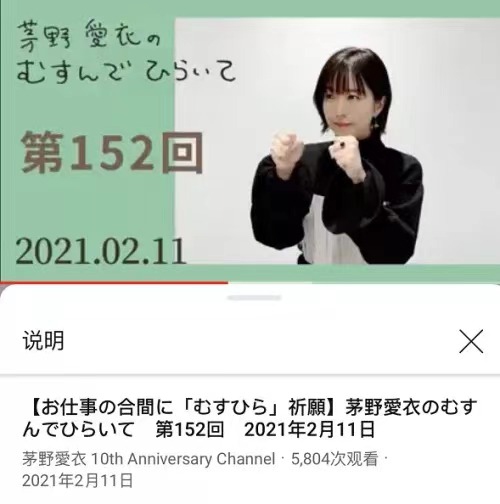 The controversy came after Kayano said in a broadcast on February 11 that she paid a visit to the Yasukuni Shrine recently and regarded the visit as a “comfortable” one and that air is fresh there.
Yasukuni Shrine honors Japan’s most notorious war criminals.
The broadcast was deleted on YouTube and Twitter as of press time.
Some netizens on Chinese social media called for the withdrawal of the aminations that she dubbed in, saying her visit to the Yasukuni Shrine touches the bottom line of the Chinese people and that there is zero tolerance over the issue.
“Political issues cannot be compromised for. How could she still want the Chinese market without respecting Chinese fans?” A fan of animated films told the Global Times on Sunday.
Despite the outrage caused, some other Chinese netizens say withdrawal of all aminations is an overaction.
The Japanese voice actress dubbed in many famous anime series, including Anohana, The Flower We Saw That Day and A Certain Magical Index II. Those aminations were popular among young Chinese fans.
Kayano has not made any open comments over the controversial visit to the site.