WORLD Japanese women confront grim taboo by saying 'me too'

Japanese women confront grim taboo by saying 'me too' 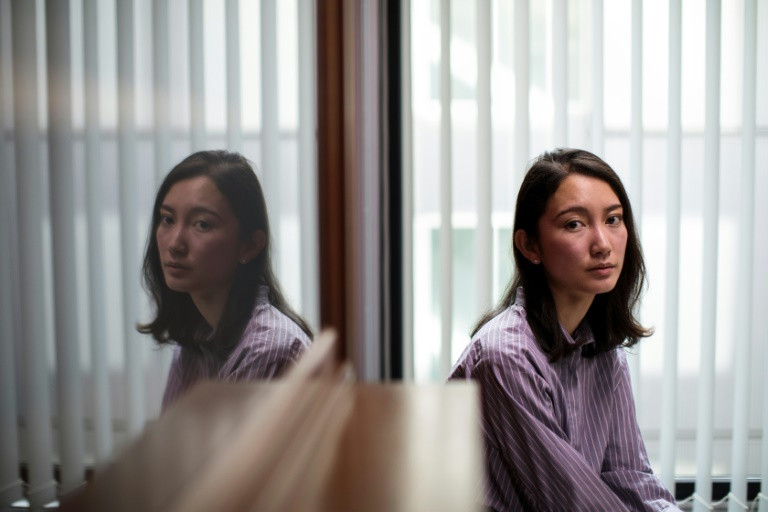 Japanese journalist Shiori Ito accused a television newsman with close ties to Prime Minister Shinzo Abe of raping her after inviting her to dinner to discuss a job opportunity in 2015 (Photo: AFP)

When Rinko Nakajiri was first raped by a producer who seduced her with the promise of a record deal, the 17-year-old singer kept quiet, terrified about her career prospects.

Twenty years later, the Tokyo housewife has long since abandoned the music industry and is facing her demons, encouraged by the global #MeToo movement triggered by accusations of rape against movie mogul Harvey Weinstein.

Despite widespread allegations of misogyny and sexual violence from Hollywood to Hong Kong, however, there has been relatively little support for the campaign in Japan, where victims are often told to keep quiet.

"It's almost impossible to talk about it in Japan," Nakajiri told AFP. "There's a terrible stigma about rape. People would rather you kept it bottled up.

"It happened in a recording studio late at night," added the mother of two, who says she quit music after three years of sexual abuse.

"And many times after that. I was afraid if I resisted or reported it, my career would be over."

In patriarchal Japan, where a culture of silence persists when it comes to sexual assault and harassment, raising the alarm comes at a price.

The 28-year-old accused a television newsman with close ties to Prime Minister Shinzo Abe of raping her after inviting her to dinner to discuss a job opportunity in 2015.

Ito was savaged online for daring to break her silence and even received death threats.

"The last thing I remembered was when I went to the bathroom at the sushi restaurant," said Ito, who suspects her alleged attacker, Noriyuki Yamaguchi, drugged her and claims police failed to test for substances.

"When I regained consciousness, in intense pain, I was in a hotel room and he was on top of me. I knew what had happened but I couldn't process it."

Ito likened questions by a nurse who treated her at hospital to an "interrogation" and worse was to follow as male police officers ordered her to re-enact her rape with a life-size doll.

"I had to lie down on the floor and they placed this doll on top of me and started moving it," Ito told AFP. "They were asking 'was it like this?' and taking photos. That was like a second rape.

The police, who had taken weeks to open a criminal investigation, told Ito they were going to arrest Yamaguchi, she said -- before they suddenly backed off.

Ito has since filed a civil lawsuit against Yamaguchi, who denies any wrongdoing.

"I received emails and messages calling me a slut, a prostitute," said Ito, who released a book about her ordeal and recently gave a news conference at United Nations headquarters in New York.

"There were also threats so I did fear for the lives of my family. I was scared. I couldn't go out."

Ito's case led to some discussion in Japan, but in a country where just four percent of rape victims go to the police, according to a 2015 government survey, only a handful of other women came forward.

"The #MeToo movement obviously hit some kind of tipping point for that to happen -- the Harvey Weinstein thing," said Sachi Nakajima, a domestic abuse survivor and founder of Resilience, a non-profit organisation to help victims of abuse.

"Shiori's case is causing a little bit of a ripple but it's not a tipping point. Nothing is happening, nobody is getting arrested, even in her case."

"It's like trying to move a mountain with a shovel," said the 54-year-old. "Rape law amended after 110 years? The pace is beyond glacial."

Justice ministry figures show that only a third of rape cases currently reach court and last year only 285 of the 1,678 people tried for sex crimes (17 percent) were sentenced to more than three years in prison.

Taxi driver Kazuyo Saito stopped working at night to reduce the risk of being assaulted.

"Male passengers who have just rolled out of a hostess bar sometimes try to carry on flirting in that vein," said the 42-year-old.

"They would ask for a quickie and I'd say 'I'm trying to work here, give me a break!' I just brushed it off."

Japan has one of the worst records in the world in terms of female political representation.

Women hold just over 10 percent of seats in the lower house of parliament, putting Japan joint 158rd among 193 countries -- below Syria and Congo -- in 2017, according Inter-Parliamentary Union data.

"A lot of men feel like they're entitled to women's bodies," she said. "The definition of consent is so warped in Japan.

"If you walked into a police station to report a burglary, they don't say 'why weren't you home at that hour?' It's like 'you must have enticed him' or 'that's a short skirt!'

"We have to start looking at women's position in society because that explains a lot of the problems," she added.