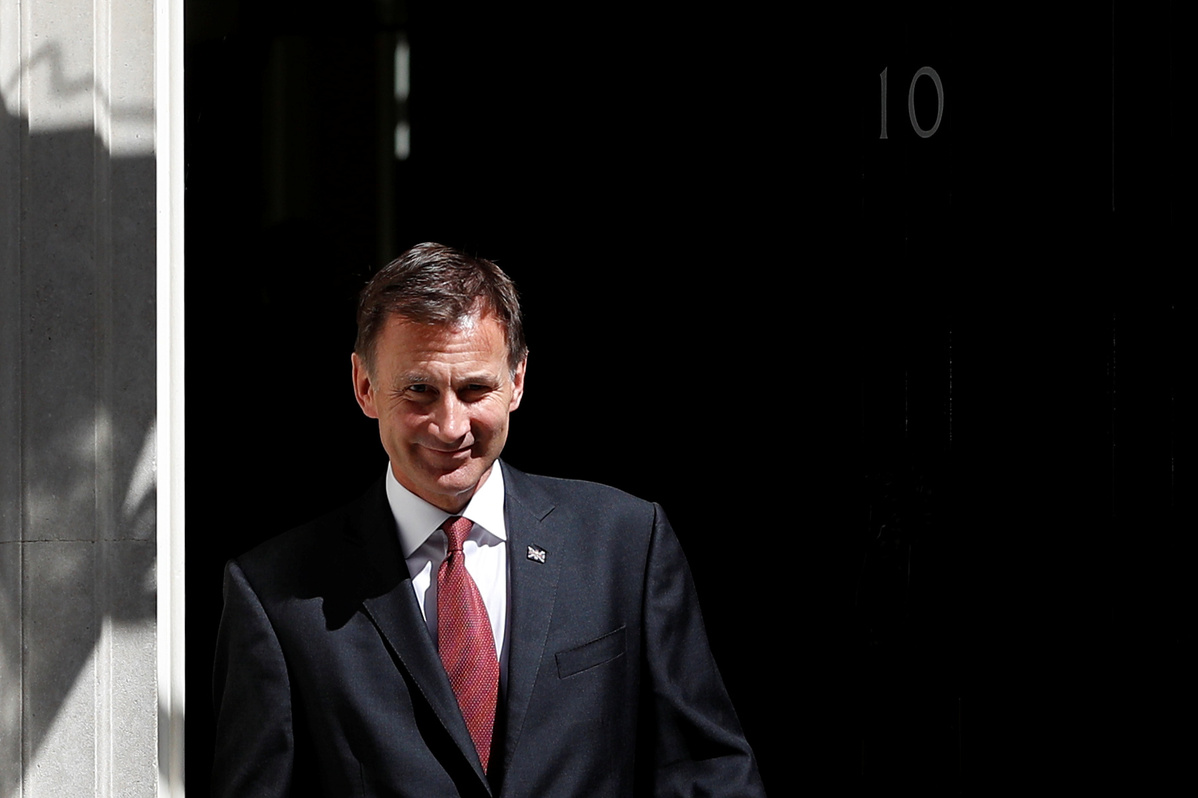 LONDON - Jeremy Hunt, former foreign secretary of the United Kingdom (UK), has been appointed as chancellor of the exchequer, Downing Street said in a statement on Friday.

Hunt, 55, replaces Kwasi Kwarteng, who resigned earlier in the day after his mini-budget was blamed for causing economic turmoil.

"You have asked me to stand aside as your Chancellor. I have accepted," Kwarteng said in his resignation to Prime Minister Liz Truss posted on Twitter.

Kwarteng's time in office -- 38 days -- made him one of the shortest-serving UK chancellors in history.

The mini-budget he presented last month, which contained controversial debt-funded tax cuts, has been blamed for the economic turmoil which saw the British pound plunge to a 37-year low against the US dollar while the cost of government borrowing and mortgage rates surge.

Amid tremendous pressure, Kwarteng made a U-turn earlier this month on plans to scrap the 45 percent income tax rate for the highest earners.

"As I have said many times in the past weeks, following the status quo was simply not an option. For too long this country has been dogged by low growth rates and high taxation -- that must still change if this country is to succeed," he said in his resignation.