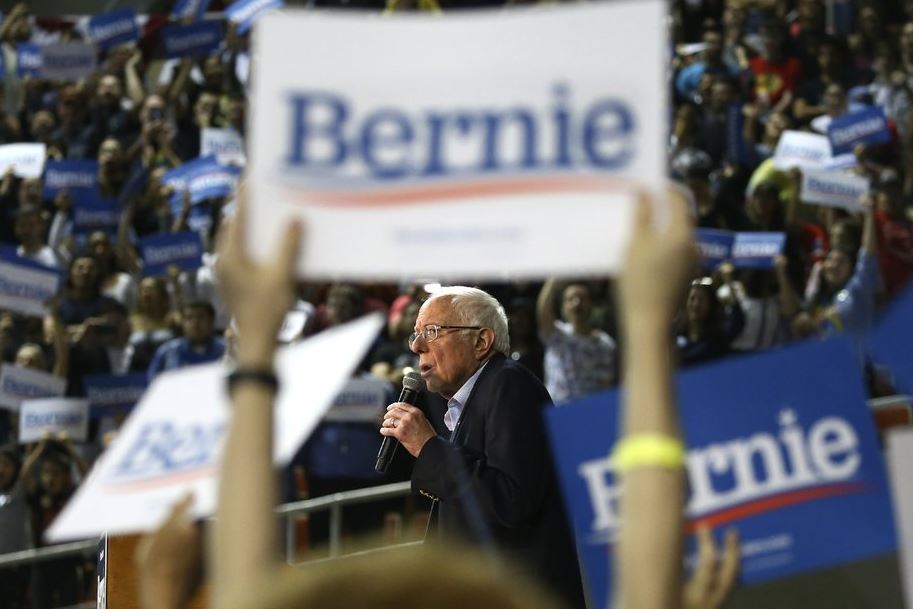 The display of a Nazi flag by a man at a Bernie Sanders campaign rally in Arizona drew condemnation from Jewish American groups on Friday amid ongoing worries about Democratic candidates’ security at public events.

Images of a flag depicting the Nazi swastika symbol that was briefly displayed at Sanders’ Thursday night rally in Phoenix began circulating online after the incident. The moment also elicited warnings about anti-Semitism directed at the Jewish Sanders, who has talked about members of his father’s family being “wiped out” by the Holocaust.

“Good people, regardless of how they vote, should call this out in no uncertain terms,” Anti-Defamation League CEO Jonathan Greenblatt said in an interview, adding that “I worry we’ll see more of this” given the anti-Semitism that emerged, particularly online, during the 2016 campaign.

The American Jewish Committee tweeted in response to reports of the Sanders rally display that “Nazi flags are symbols of pure hate and have no place anywhere in America, much less in a rally for a Jewish presidential candidate.”

The Anti-Defamation League on Friday identified a white supremacist with a history of anti-Semitic and anti-Islamic harassment as the perpetrator of the incident, citing a social media post in which the man takes credit for the display.

Sanders told reporters on Friday that the incident doesn’t raise “a question of whether I feel unsafe,” but of the bigger impact of anti-Semitism in the public square.

“It is horrific. It is beyond disgusting that, in the United States of America, there are people who would” display Nazi symbolism, Sanders said. He thanked local law enforcement for their handling of the episode.

Security at the venue notified state police officers about the swastika flag shortly before Sanders took the stage, said Bart Graves, a spokesman for the Arizona Department of Public Safety. The crowd “turned on the man,” he dropped the flag and ran when he saw officers approach. Officers would have cited him for trespassing but were not able to find him, Graves said.

Sanders’ chief rival for the Democratic presidential nomination, former Vice President Joe Biden, said on Thursday that he might consider requesting Secret Service protection following a close brush with anti-dairy industry protesters who rushed the stage where he was speaking on Tuesday night.

Among those castigating the Nazi display were groups that have previously criticized Sanders, for remarks by campaign surrogates and his shows of opposition to Israeli government policies.

Greenblatt said that “while I will call out those people in Sanders’ campaign who I think are outside the norm, that doesn’t preclude me from stating unequivocally that anti-Semitism directed at anyone ... is about intimidation, about harassment — it simply has no place in politics.”