Atlanta (People's Daily) - On June 12, the George H. W. Bush Foundation for US-China Relations, also known as the Bush China Foundation (BCF), bestowed its inaugural George H. W. Bush Award for Statesmanship in US-China Relations on Jimmy Carter, the former US president who helped set China-US diplomatic relations in motion 40 years ago. Neil Bush, son of former US President George H.W. Bush, said on behalf of the BCF that Carter had made "profound contributions to the development of constructive and mutually beneficial relations" between the two countries. 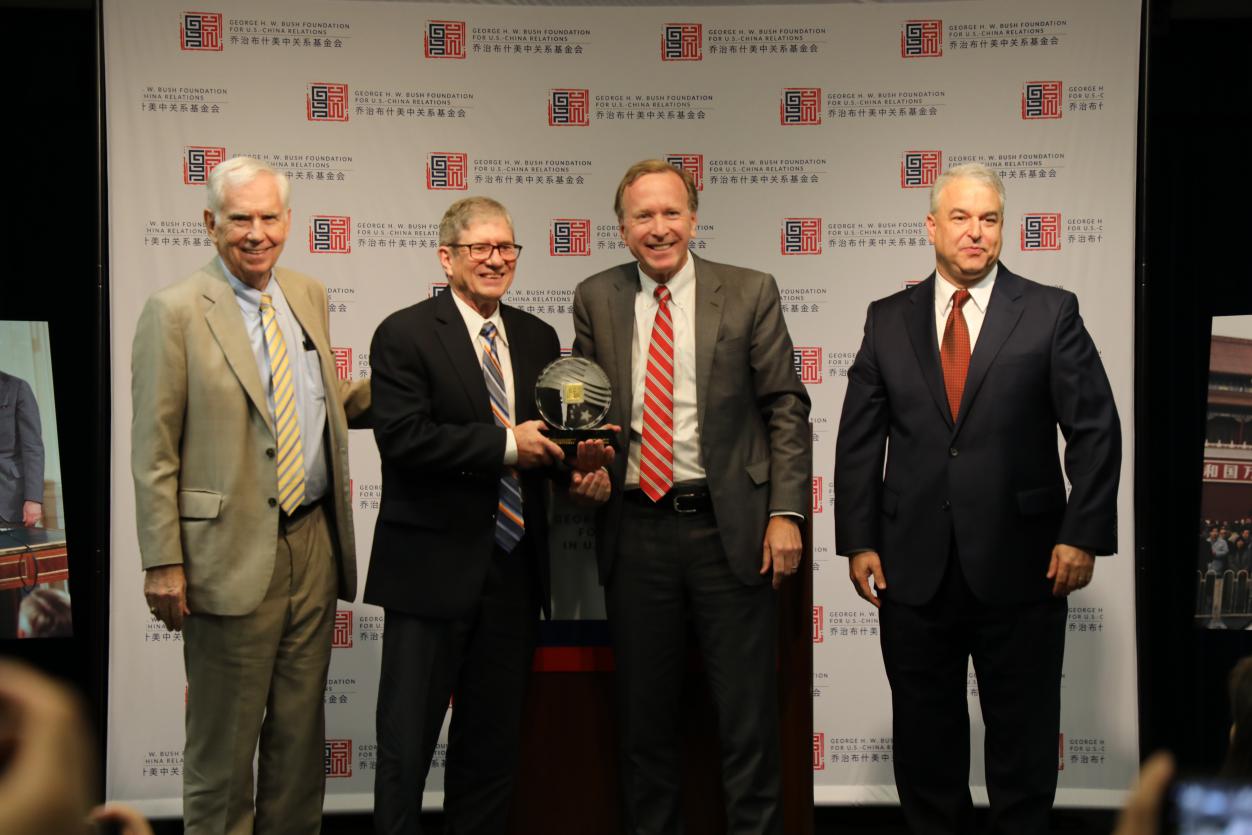 Carter was unable to attend the ceremony due to an injury. Instead, his son James Carter received the award on his father’s behalf. Cui Tiankai, Chinese ambassador to the United States, Neil Bush, founder and chairman of BCF, and nearly 100 other guests attended the ceremony.

Ambassador Cui pointed out that the significance of a Democratic President receiving an honor named after a Republican President in recognition of his outstanding and profound contributions to China-US relations is not lost upon us. China-US friendship transcends partisanship; indeed a strong, stable consensus for its vitality exists in both countries. This year marks the 40th anniversary of our diplomatic relations. At this critical juncture, there are yet some irrational doubts about our relations. Some are clamoring for decoupling our two countries and a new Cold War. These attempts are not only questioning the achievements we have made over the past four decades and challenging the very tangible outcomes of our cooperation, but also putting the future of our relations and prospects for global stability and prosperity at great risk. 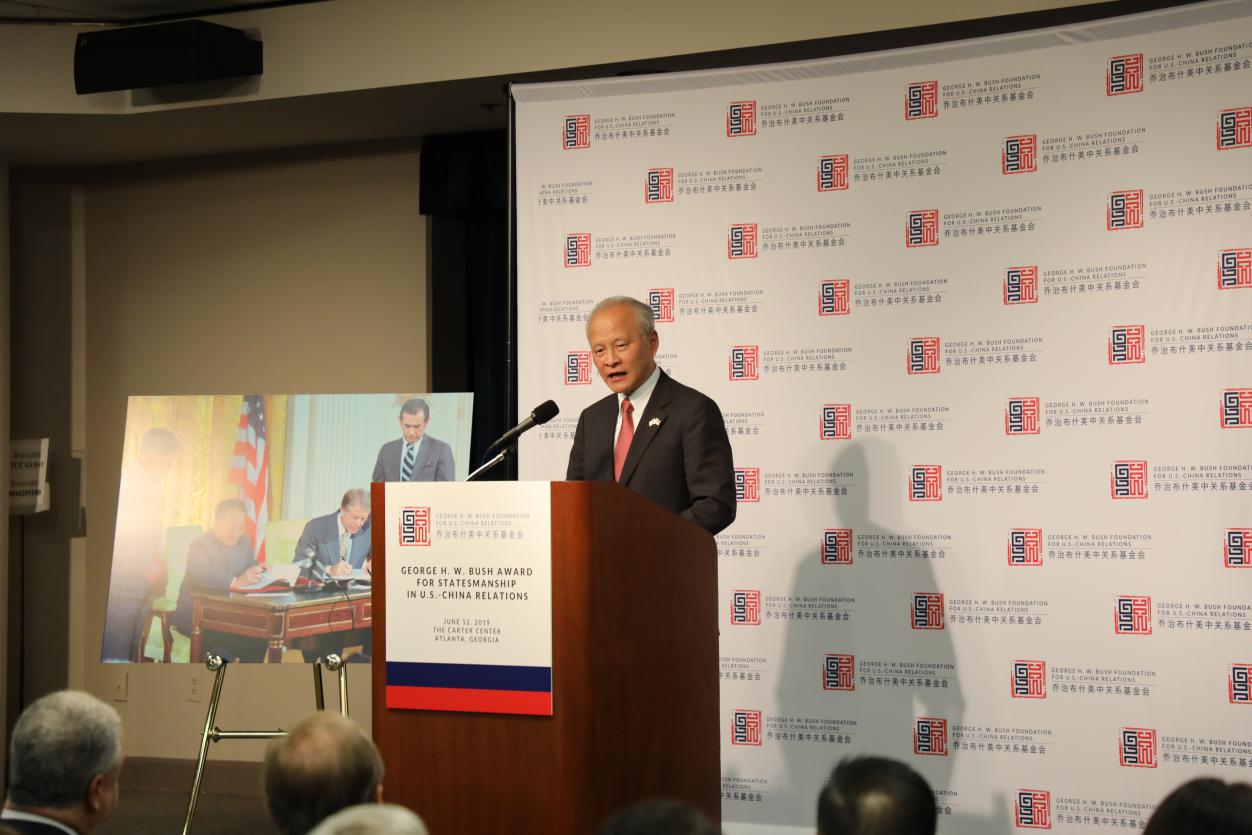 China's ambassador to the United States Cui Tianka speaks at the ceremony.

Cui stressed that although differences between China and the US are always there, our relationship remains mutually beneficial. The different social and political systems between China and the United States did not prevent us from coming together 40 years ago, nor should they in the future. We should aim at mutual benefit and win-win cooperation. The China-US relationship has brought great benefits to both countries. Its future depends on the strategic guidance of our leaders and the collective wisdom of our two peoples. As President Carter wrote, "the United States and China need to build their futures together, for themselves and for humanity at large".

James Carter expressed his deep gratitude to the BCF on behalf of his father. He said that the US and China established diplomatic relations during Carter’s tenure. Carter has a deep understanding of China's history, culture and people. His legacy in developing US-China relations is still instructive for dealing with today's relations between the two countries.

Neil Bush said both his father and Carter have made special contributions to the development of US-China relations. Regrettably, when China become the world's second largest economy, some people in the United States began to look at China with hostility and spread such remarks. "US-China relations are not a zero-sum game. The disputes between our two countries should be resolved through consultation and equal dialogue. The partnership between China and the US is a great diplomatic legacy left by these two former presidents, also in line with the world’s aspiration."

Liu Yawei, director of the China Program at the Carter Center, told People’s Daily that the award ceremony shows that the normalization of China-US relations initiated more than 40 years ago is a bipartisan consensus in the US. In the last 40 years, China-US relations have transcended pure government relations and become part of the American social fabric. Today, in the face of great difficulties in China-US relations, it is still the consensus of the majority of people from both parties and all walks of life in the United States to normalize china-us relations again.

The George H. W. Bush Foundation for US-China Relations was established in 2017, and is the only presidentially named China-focused organization in the US that advances US-China relations. The foundation's main pillars are a think tank, track 2 diplomacy, and promotion of trade and investment.

David Firestein, President and CEO of BCF, said that the George H. W. Bush Award for Statesmanship in US-China Relations is bestowed for outstanding individuals who have a lasting impact on the development of China-US relations, and that it would not be limited to US citizens.