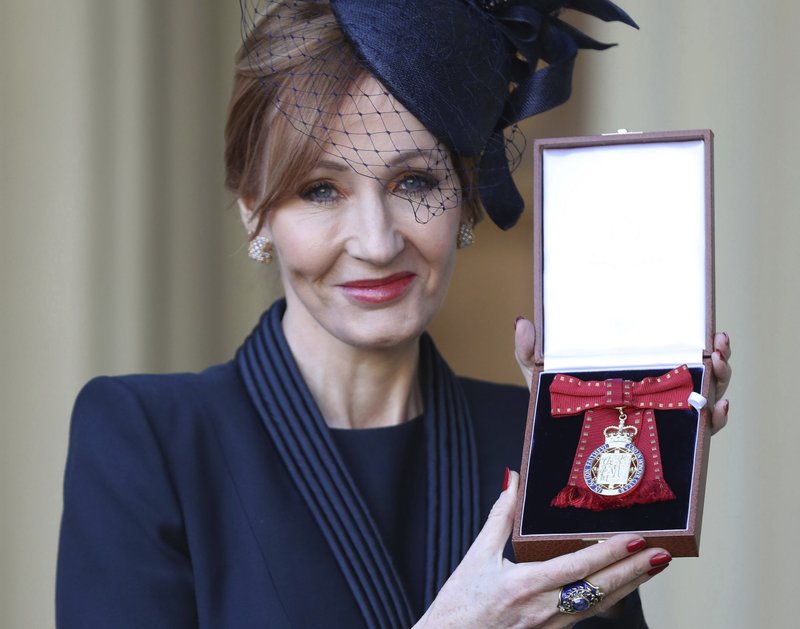 Harry Potter creator J.K. Rowling can add another magic moment to her list of achievements — she has been made a royal Companion of Honor.

Rowling received the honor from Prince William on Tuesday at a Buckingham Palace ceremony.

Rowling said she was “deeply honored and proud” to receive the title, which is limited to 65 people “of distinction.”

The boy wizard’s creator is being honored for services to literature and philanthropy.

She says “to be included in the distinguished and diversely talented company of the other Companions of Honor, especially as a female writer, is a particular privilege.”