WORLD Jobs emerge as Britain edges out of lockdown

Jobs emerge as Britain edges out of lockdown 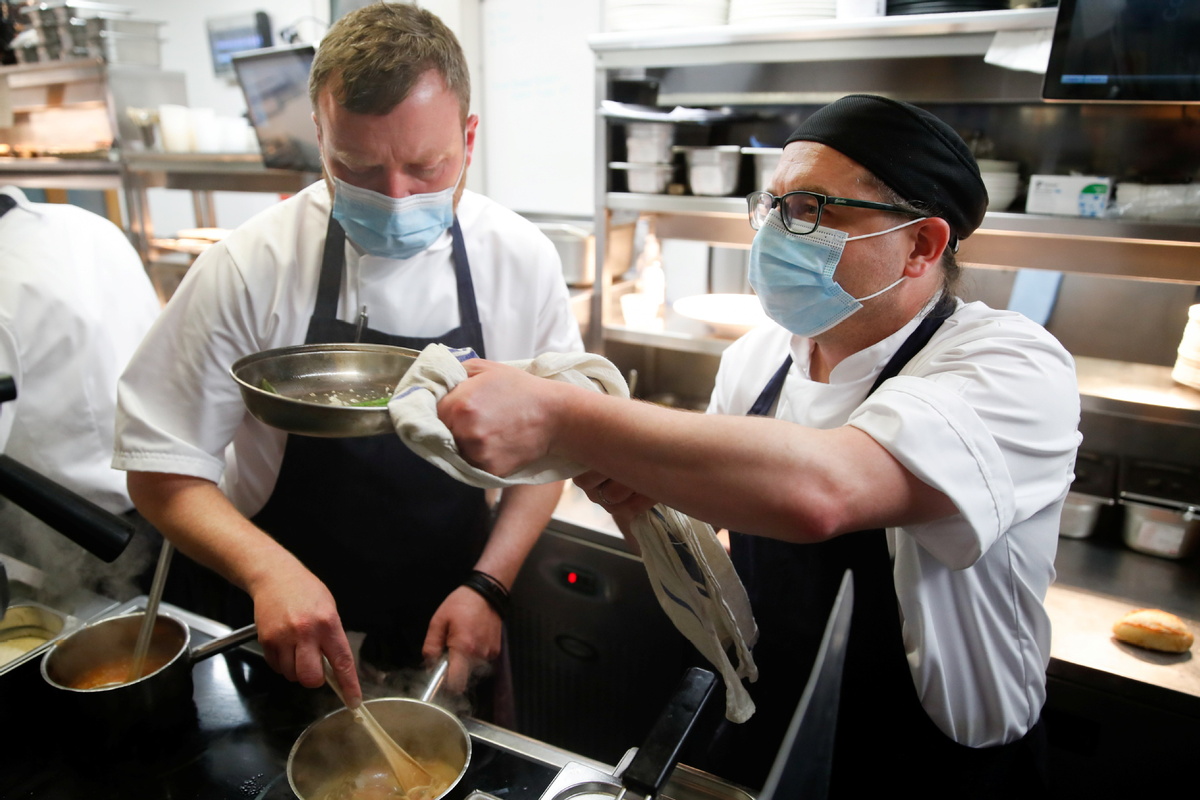 There are more job vacancies in the United Kingdom today than there were at any time during the past, pandemic-hit year, according to new data from the Office for National Statistics, which said the easing of the novel coronavirus lockdown had triggered a hiring boom.

The UK had 657,000 vacancies, on average, between February and April, the non-ministerial government department, which is also known as the ONS, reported. The number was significantly up by 48,400 compared with the previous quarter.

The Guardian newspaper reported that several recruitment companies had also noted they had seen more vacancies recently than in previous months.

The BBC said some employers had even voiced concern about facing possible staff shortages.

Tej Parikh, chief economist at the Institute of Directors, told the Bloomberg business news agency: "We are likely to see the number of vacancies mounting further. Some firms may even be unable to find and onboard staff as quickly as they need to."

The ONS added that the relatively large number of vacancies had helped ease the nation's unemployment rate, which nudged from 4.9 percent during the previous period to 4.8 percent during February, March, and April.

The Bank of England, the central bank, said it now expects unemployment to peak at 5.4 percent during the third quarter of 2021, instead of the 7.9 percent it previously predicted.

But the ONS cautioned that, despite the green shoots of a jobs-market recovery, there are 128,000 fewer vacancies in the UK than there were during the final three pre-pandemic months.

Darren Morgan, the director of economic statistics at the ONS, told the BBC that, despite a sharp rise in the number of employees on UK payrolls during April, things were still far from back to normal.

"There remains… three-quarters of a million people fewer on the payroll compared with the pre-pandemic peak," he said. "With many businesses reopening, the recent recovery in job vacancies continued into April, especially in sectors such as hospitality and entertainment."

The number of workers on payrolls rose, as Morgan noted, by 97,000 between March and April, but remained 772,000 below the pre-pandemic total.

The Financial Times also noted that the quality of jobs being created is as important as the quantity.

But the Bloomberg business news agency concluded that, overall, the improvement in the UK labor market during April was much more pronounced than had previously been expected.

Bloomberg said the prospect of full economic reopening on June 21-which is the date hoped for in the government's road map out of lockdown-and the extension of the wage support program for furloughed workers until the end of September may mean the pressure on the Bank of England to start adjusting monetary policy will now ease.