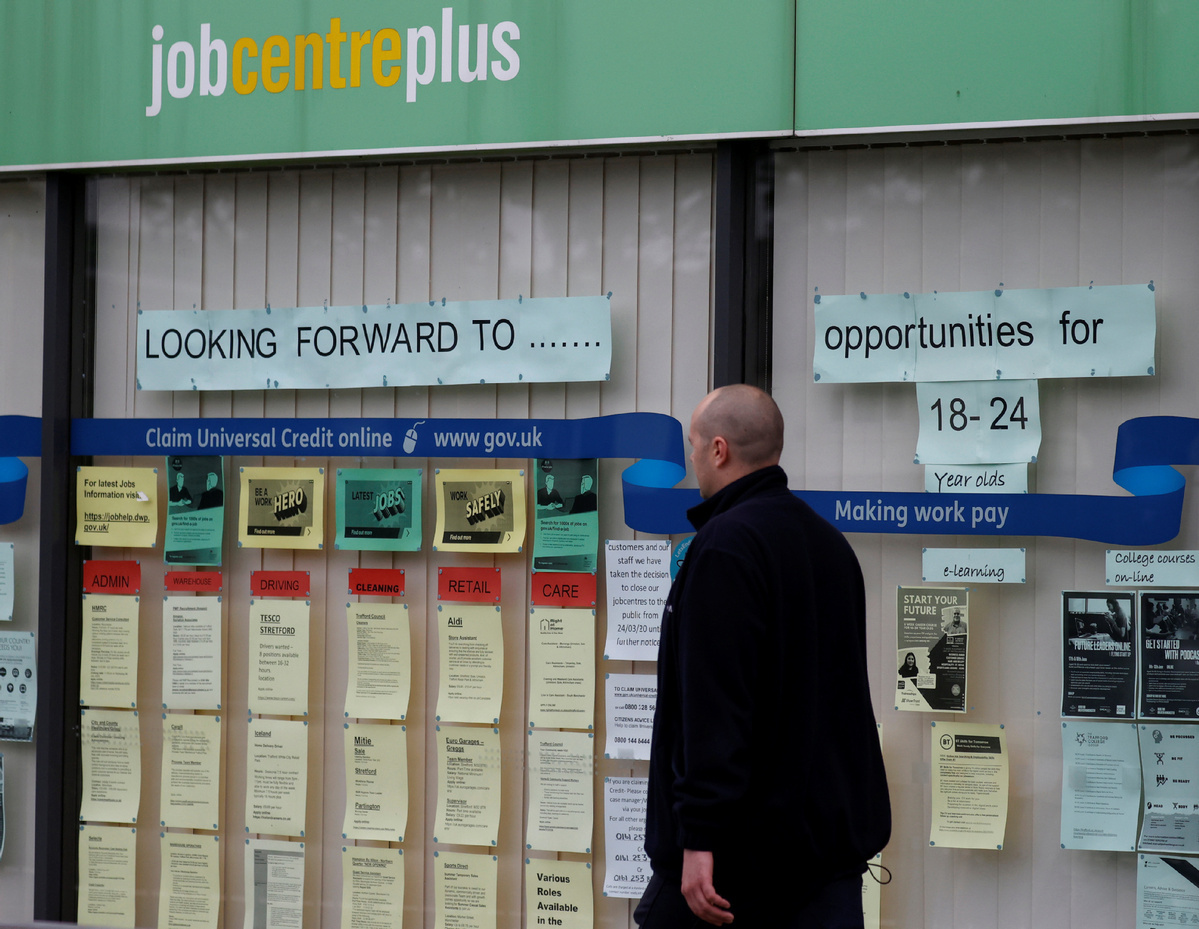 A man walks past a job centre following the outbreak of the coronavirus disease (COVID-19), in Manchester, Britain, July 8, 2020. (Photo: Agencies)

A leading independent think-tank has warned that as many as 2 million jobs could be lost unnecessarily when the British government's furlough scheme finishes at the end of October.

The Observer newspaper reports that the Institute for Public Policy Research, also known as the IPPR, has warned that unless steps are taken, unemployment levels across the United Kingdom could match those seen during the Great Depression of the 1930s.

"The chancellor has said he will never accept unemployment as an unavoidable outcome," the IPPR's Associate Director Clare McNeil told the newspaper.

"But by ending the job retention scheme too early, and with no plan for protecting jobs in local lockdowns or a second wave, that is precisely what is happening."

The job retention scheme was introduced early in the pandemic to stave off the prospect of mass redundancies.

It saw the government pay 80 percent of the salaries of non-working employees, up to a set monthly limit, and was originally scheduled to run until the end of July, but was extended until October.

Numerous prominent businesses in the UK have already announced major job losses recently, including several leading high street stores and British Airways, and the IPPR report has said the government urgently needs to come up with a successor to the furlough scheme, with particular emphasis on sectors such as construction, entertainment and hospitality.

The Labour Party's shadow chancellor Anneliese Dodds said a sudden stop to the furlough system would "plunge the country even further into a jobs crisis… we've already seen nearly three-quarters of a million jobs lost since March, and now millions more risk being lost if the government doesn't change course".

Caroline Abrahams, charity director at Age UK, has said that workers over the age of 50 could find themselves particularly at risk, with the danger they may not be able get back into the employment market at all.

"We fear that unless the government intervenes to help, unemployment among older shielded workers is set to soar," she said.

The head of Citizens Advice, the nationwide umbrella group for hundreds of charities offering advice on financial, legal and consumer issues, has also expressed concern.

"As the furlough scheme ends, that number could snowball. Failure to act now risks long-term social and economic scarring that could take decades to recover from. It's crucial the government takes further steps to prevent redundancies and strengthen the safety net for people who've struggled as a result of this crisis."

However, a survey carried out last month by King's College London shows a slightly more upbeat mood among workers. It revealed that the number of staff who feel they are certain or likely to lose their jobs has fallen slightly, from 29 percent to 25 percent.

Also, the percentage of people feeling they are certain or likely to face significant financial problems has also gone down, from 34 percent to 29 percent.