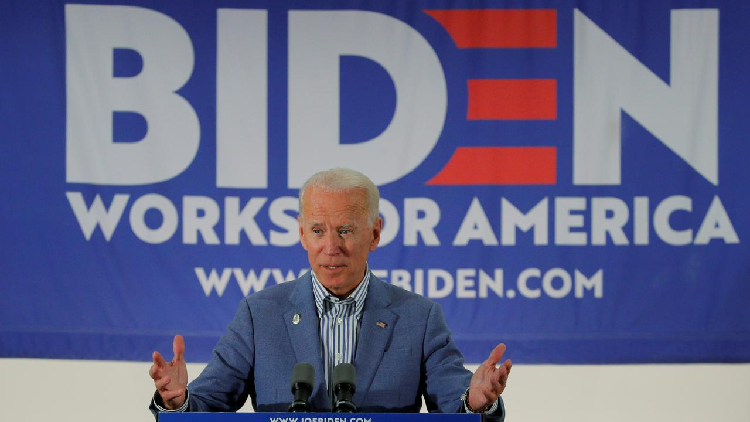 WASHINGTON, June 5 (Xinhua) -- Former U.S. Vice President Joe Biden on Friday crossed the threshold for the Democratic presidential nomination, according to an estimate by the Associated Press (AP), locking up a contest for the White House with incumbent President Donald Trump.

The AP projected that Biden, now the sole remaining presidential candidate in the Democratic Party, has won 1,993 delegates to the national convention, surpassing the benchmark number of 1,991 needed for nomination.

The estimate came as Biden swept through primaries in seven states and the District of Columbia Tuesday. Although the votes were still being counted, Bernie Sanders, the senator from Vermont who suspended his presidential campaign in April but remained on the ballot, failed to reach the 15-percent threshold, handing more delegates to Biden.

"It was an honor to compete alongside one of the most talented groups of candidates the Democratic party has ever fielded -- and I am proud to say that we are going into this general election a united party," Biden said in a statement Friday night.

This year's presidential election comes at a time when the United States is plagued by the coronavirus pandemic that has frozen the national economy, and, more recently, when nationwide protests against racial injustice have persisted for over a week following the killing of George Floyd, an unarmed black man, under the custody of white police in Minneapolis.