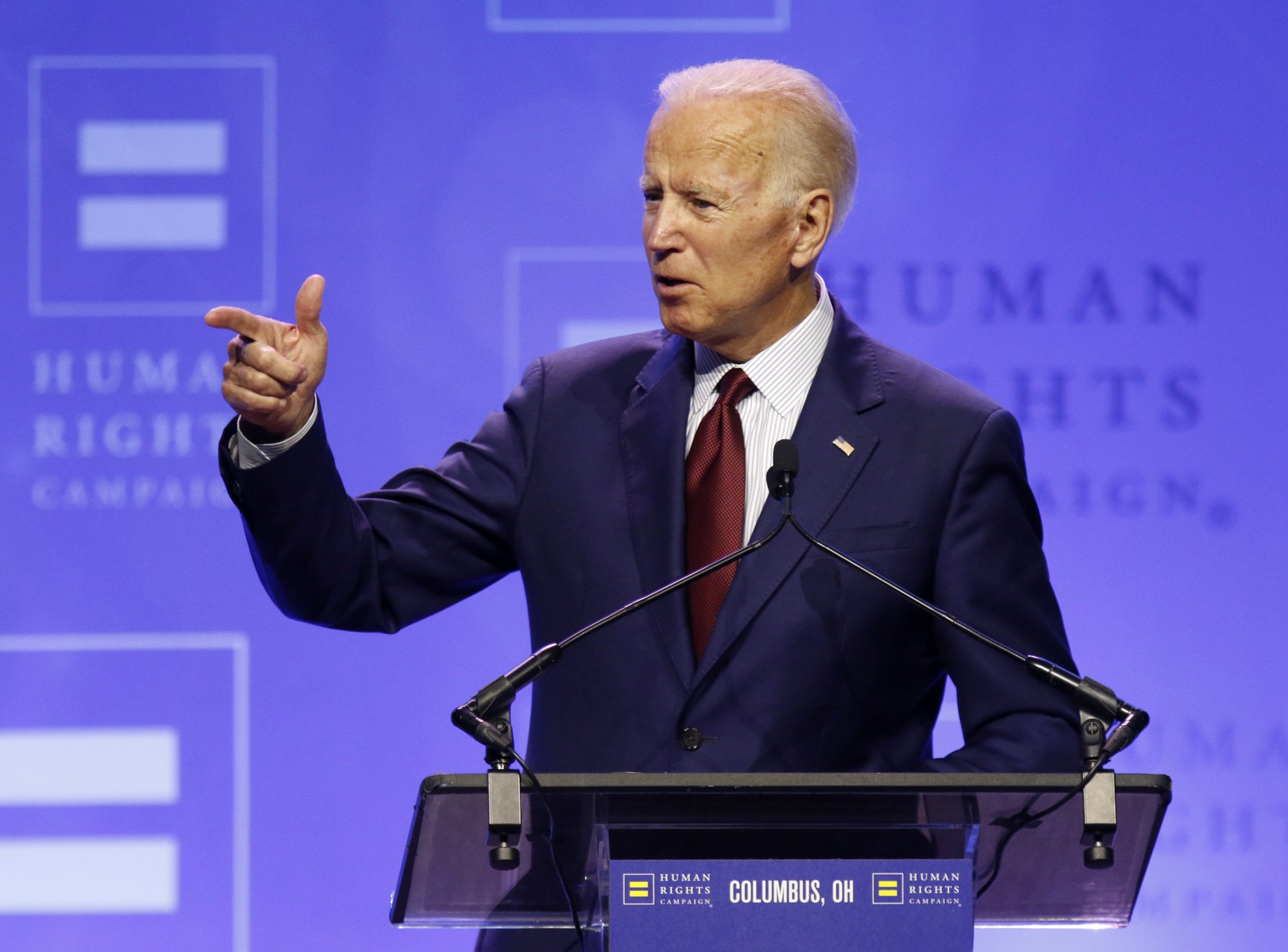 Democratic presidential candidate Joe Biden is pitching a $5 trillion-plus climate proposal that he says would lead the US to net zero emission of carbon pollution by 2050.

The former vice president calls for $1.7 trillion in federal spending over 10 years, with the rest of the investments coming from the private sector. Biden proposes covering the taxpayer costs by repealing the corporate tax cuts that President Donald Trump signed in 2017, while eliminating existing subsidies to the fossil fuel industry.

Biden’s proposal calls the Green New Deal pushed by some Democrats on Capitol Hill “a crucial outline” but stops short of some of its timelines for weaning the US economy off power from fossil fuels, even as he promises a “clean energy revolution” nationwide and internationally.

“I will lead America and the world, not only to confront the crisis in front us but to seize the opportunity it presents,” Biden says in a campaign video posted online, warning that failure to act threatens “the livability of our planet” and will accelerate natural disasters that are “already happening.”

Biden also joined many of his Democratic primary opponents in pledging not to accept campaign contributions from the fossil fuel industry and promising to keep the US in the United Nations climate agreement signed in 2015 while he was vice president under President Barack Obama. Trump, who calls climate science a “hoax,” has pledged to withdraw from that accord.

League of Conservation Voters lobbying executive Tiernan Sittenfeld applauded Biden for “committing to ambitious goals.” Greenpeace, which recently released a scorecard ranking Biden second-to-last among Democratic candidates, called the outline “a critical step forward” but spokesman John Noel added that if Biden “wants to become a leader on climate, he needs to outline a plan to phase out fossil fuels.”

As president, Biden says he’d start by reversing many actions of the Trump administration, then turn to necessary congressional action and executive branch regulation, while also using US political and economic muscle to limit emissions from other nations.

He acknowledges that such an overhaul would affect existing US energy workers — coal miners and power plant operators especially. He calls first for pension and benefit protections for all such workers; and, though short on specifics, he promises an “unprecedented investment” in retraining and redevelopment in those communities.

He doesn’t offer specific spending amounts for those priorities.

Still, Biden’s dual focus on coal towns and nonwhite communities reflects political lessons from 2016 Democratic presidential nominee Hillary Clinton’s loss. Clinton drew ire in coal country when she said as part of a more sweeping statement on energy development that “we’re going to put a lot of coal miners and coal companies out of business.” Meanwhile, Democratic turnout dropped in some cities with high nonwhite populations where aging infrastructure, including in water systems, has become a defining issue.

Among his ideas for automobiles, Biden calls for fuel economy standards “beyond” the Obama administration’s goal of about 54 miles (87 kilometers) per gallon (3.8 liters). The Trump administration has rolled that back, saying the regulation would increase auto prices. Biden also pitches expanded tax credits for purchases of electric vehicles, along with 500,000 more public charging stations nationwide by the end of 2030.

He calls for reducing carbon output from the nation’s buildings by more than 50 percent by 2035, through new construction and tax breaks for retrofitting existing commercial and residential properties. The Energy Department would be tasked with tightening efficiency standards for household appliances and equipment.

Like O’Rourke, Biden mentions nuclear energy as a source the federal government should boost with tax incentives. That could put him at odds with some activists on the left who cast nuclear energy as too dangerous.

On the international front, Biden calls out China as the world’s biggest coal polluter and says he’d hinge all future bilateral deals with Beijing on carbon reductions. Biden also urges an international alliance that would help other nations afford low-carbon development and pitches a global moratorium on Arctic offshore drilling.