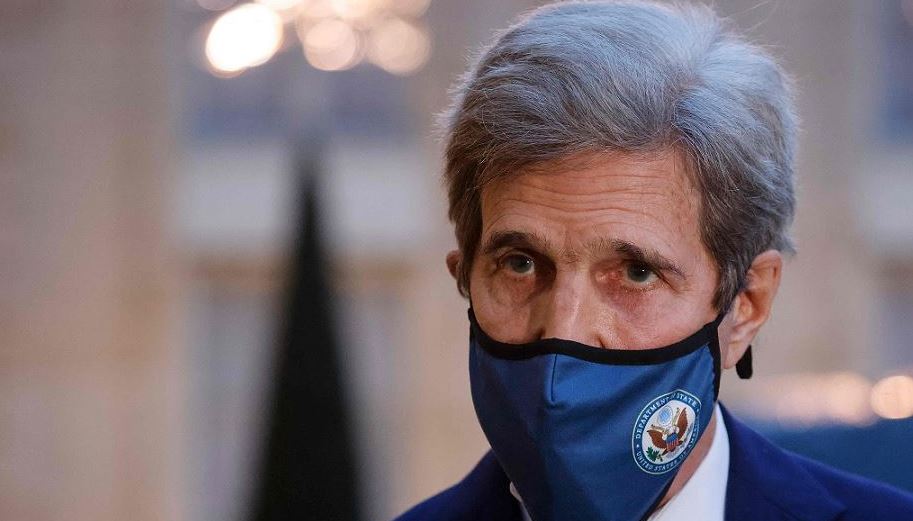 John Kerry, the US special envoy for climate change, arrives at the Elysee Palace in Paris, France, ahead of a meeting with French President Emmanuel Macron on March 10, 2021. (File photo: VCG)

The United States' climate envoy John Kerry is expected in China this week for discussions on potential joint China-U.S. efforts on climate change.

Kerry is scheduled to arrive in Shanghai on Wednesday before his scheduled meetings in the city from Thursday until Friday.

The visit comes following another meeting in Alaska between U.S. and Chinese officials on the same issue.

"He'll be focused on discussing climate and how we can work with leaders around the region to get control of ... the climate crisis," Reuters quotes White House spokeswoman Jen Psaki.

The former secretary of state was named as the U.S. special envoy on the climate crisis under Joe Biden's administration.

In appointing him to the role, the Biden administration said he would "fight climate change full time" in the role, which for the first time includes a seat on the national security council.