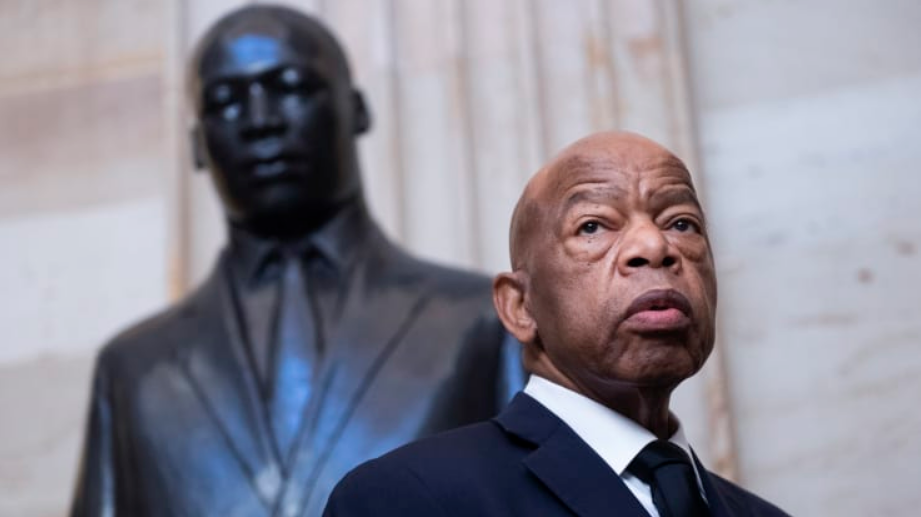 John Lewis is seen near the statue of Martin Luther King Jr. in the Capitol Rotunda, October 24, 2019. /Getty images

Lewis, who announced he had advanced pancreatic cancer last December, succumbed to the disease on Friday.

"We have lost a giant. John Lewis gave all he had to redeem America's unmet promise of equality and justice for all, and to create a place for us to build a more perfect union together," former U.S. President Bill Clinton and former Secretary of State Hillary Clinton said in a joint statement.

A son of sharecroppers from Alabama, Lewis in his early years was a civil rights fighter who strove for equality for Blacks in an America grappling with racial bigotry and segregation.

He played a vital role in organizing a series of civil rights movements during the 1960s and was revered as one of the "Big Six" civil rights leaders, which included the country's best-known black leader Martin Luther King Jr. Having met King when he was just 18, Lewis also became King's protege. When King was making the "I Have a Dream" speech at the 1963 March on Washington, Lewis was the youngest among the other speakers who stood beside King.

"He loved this country so much that he risked his life and his blood so that it might live up to its promise," former President Barack Obama said in a statement. "And through the decades, he not only gave all of himself to the cause of freedom and justice but inspired generations that followed to try to live up to his example." 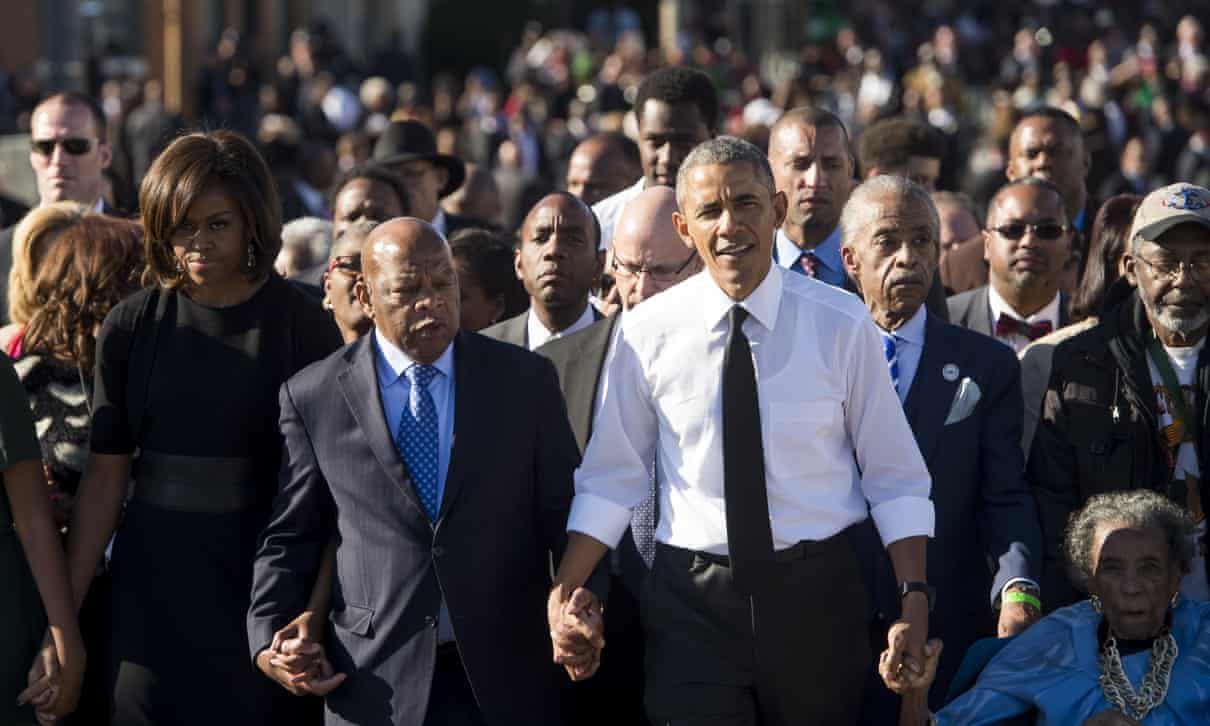 Former U.S. President Barack Obama walks alongside Lewis across the Edmund Pettus Bridge in 2015 to mark the 50th anniversary of the Selma to Montgomery marches in Selma, Alabama. /AFP

Through the years of campaigning against the notorious Jim Crow segregation laws, Lewis had endured countless atrocities. At a whites-only diner, he saw a white waitress dumped water on his food and cleaning powder down his back. He was also once beaten by whites during an anti-segregation bus tour. Worst of all, he had his head bashed by a police officer during "Bloody Sunday" in 1965 in Selma, which nearly took his life.

Yet the physical attacks, along with the myriad types of harassment, did not shake Lewis' faith in advocating the nonviolence approach.

"I thought I was going to die a few times," he said in a 2004 interview, mentioning Selma and a 1961 mob beating at a bus station in Montgomery, Alabama. "I thought I saw death, but nothing can make me question the philosophy of nonviolence."

Lewis was elected as the congressman for Georgia's 5th district in 1987 and got re-elected six times before his death. He was known as "the conscience of congress" for leading causes that had never deviated from a moral compass. He made his last public appearance during the nationwide protests that erupted after the death of George Floyd. On a street by the White House, which was just named Black Lives Matter Plaza, Lewis walked with a cane and was accompanied by Washington, DC Mayor Muriel Bowser.

"I have been in some kind of fight – for freedom, equality, basic human rights – for nearly my entire life. I have never faced a fight quite like the one I have now," Lewis said last December when he found out he was diagnosed with cancer. "I have decided to do what I know to do and do what I have always done: I am going to fight it and keep fighting for the Beloved Community. We still have many bridges to cross. ... With God's grace I will be back on the front lines soon. Please keep me in your prayers as I begin this journey."