British Prime Minister Boris Johnson has called for a united effort to tackle spiking coronavirus infection rates, as 56 million people in England went into a second lockdown. But the public is weary of restrictions and fear for their livelihoods.

Renewed stay-at-home restrictions and business closures came into force Thursday and are set to last for four weeks.

Stressing the measures were not a repeat of those in spring, Johnson said at a press conference that there was "light at the end of the tunnel."

"We can do this, we will do this by December 2nd," he said, promising that compliance could see people enjoy "as normal a Christmas as possible."

The latest lockdown came into force at 0001 GMT Thursday and by daybreak had turned normally bustling cities into ghost towns.

The Bank of England unveiled an extra 150 billion euros($195 billion) in economic support, on top of new Treasury measures to subsidize the wages of furloughed workers until March 2021. 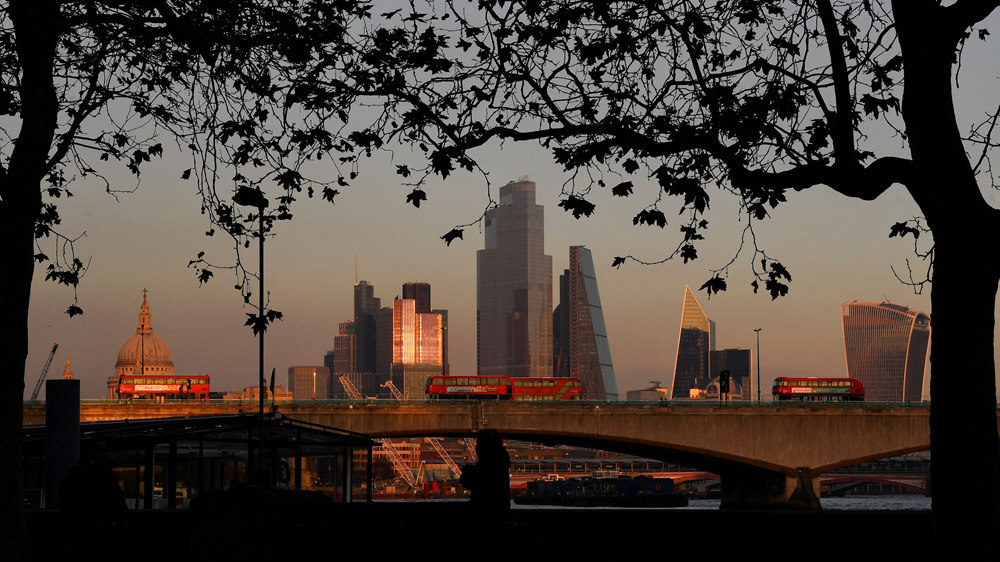 St. Paul's Cathedral and buildings of the City of London financial district are seen as buses cross Waterloo bridge at sunset on the first day of a newly imposed lockdown, in London, November 5, 2020. /Reuters

The government also announced passengers arriving in Britain from Germany and Sweden must self-isolate for 14 days from 0400 GMT Saturday, the latest countries removed from its coronavirus travel list.

Johnson abandoned a recently introduced system of regional curbs and announced the shutdown after dire warnings that hospitals could soon be overwhelmed with COVID-19 cases.

"Today's infection is the intensive care order book for a fortnight's time," said Simon Stevens, head of the state-run National Health Service in England. He added that the total number of patients admitted to hospital had shot up from below 500 in early September to more than 11,000.

But concerns are mounting about the impact on the economy and mental health, and dozens of lawmakers in Conservative party rebelled against the new measures during a vote in parliament Wednesday. 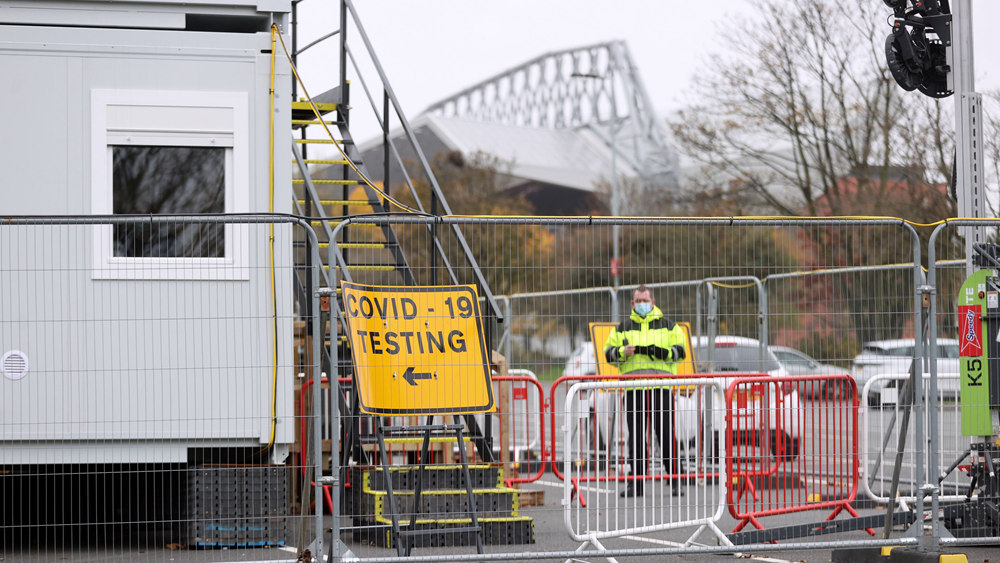 A view of the COVID-19 test center at Stanley Park in Liverpool, November 5, 2020. /Reuters

To avoid extending the lockdown, Johnson is pinning his hopes on an ambitious new program of COVID testing to detect and isolate infected people, starting with a city-wide trial launching in Liverpool on Friday.

Britain has recorded nearly 48,000 deaths linked to the coronavirus from more than one million positive cases: 492 deaths were recorded on Wednesday – the highest since May.

The new restrictions bring England into line with other parts of the UK, which have their own devolved governments, and with nations in Europe including France.

They include a return to working from home where possible and the closure of all non-essential shops and services. Unlike the first national lockdown in March, schools and universities will remain open, and people will be able to meet another person who they do not live with in an outdoor public place such as a park or beach. Exemptions include outdoor exercise and visits to the doctor or pharmacy.