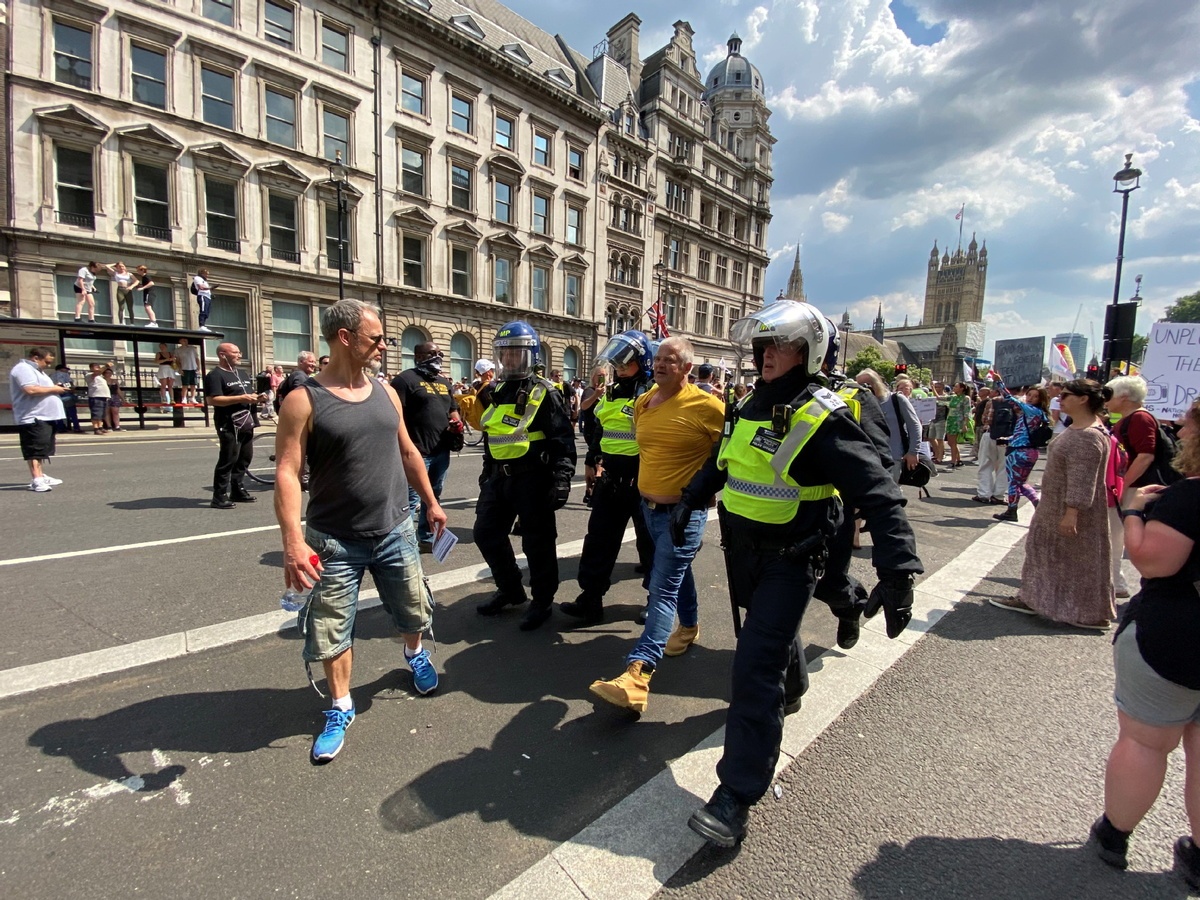 The United Kingdom's prime minister was prepared to sacrifice the nation's oldest residents to avoid a second novel coronavirus lockdown, according to Dominic Cummings, his former senior adviser.

Cummings, who had been a close aide and confidant of Boris Johnson and who had appeared inseparable from him, left his Downing Street job late last year, after apparent infighting in the prime minister's inner circle of non-elected officials.

He has since embarrassed the prime minister several times with claims about behind-closed-doors conduct and comments.

In his latest salvo, Cummings told the BBC's political editor, Laura Kuenssberg, that Johnson did not want to reintroduce novel coronavirus restrictions in the fall of 2020 because people dying from COVID-19 disease at the time were "essentially all over 80".

Cummings told the broadcaster Johnson even began to regret ordering the first national lockdown, back in March, and said he was tempted to let the virus "wash through the country", rather than order a lockdown that would destroy the economy.

Cummings claimed that he, the UK's chief scientific adviser, Patrick Vallance, and England's chief medical officer, Chris Whitty, all lobbied for an immediate reintroduction of the lockdown. But he said Johnson dragged his feet and texted: "No, no, no, no, no, I'm not doing it."

Cummings said Johnson was fearful right-wing sections of the British media and extreme elements in his ruling Conservative Party would not accept another lockdown.

The former aide said the prime minister was essentially willing to put "his own political interests ahead of people's lives".

In the one-on-one interview with Kuenssberg, which was Cummings' first such interrogation since losing his job, he claims Johnson noted in September and October that the median age of those dying from COVID-19 was between 81 and 82 for men and 85 for women.

The prime minister allegedly wrote to aides saying: "Hardly anyone under 60 goes into hospital... and of those, virtually all survive. And I no longer buy all this NHS (National Health Service) overwhelmed stuff. Folks, I think we may need to recalibrate ...There are max 3 million in this country aged over 80."

However, on Oct 31, after behind-the-scenes wrangling and following the NHS predicting daily deaths were set to rise to several thousand, the prime minister announced a four-week lockdown would start on Nov 5.

The Guardian newspaper said Cummings' claims, alongside text and WhatsApp messages that appear to corroborate them, will "cast further doubt over the actions of the prime minister in the run-up to the November lockdown".

The Independent newspaper said Cummings has repeatedly accused the prime minister of acting too slowly ahead of the UK's second lockdown.

The Financial Times quoted a spokesperson for the prime minister as saying: "Since the start of the pandemic, the prime minister has taken the necessary action to protect lives and livelihoods, guided by the best scientific advice."

The spokesperson noted the government had led "the fastest vaccination rollout in Europe, saved millions of jobs through the furlough scheme and prevented the NHS from being overwhelmed through three national lockdowns".

Cummings has previously embarrassed Johnson and his government by claiming during a seven-hour committee meeting with members of Parliament that former health secretary Matt Hancock was not up to the job, and by saying in his blog that the prime minister had allowed party donors to pay for refurbishments to his home.

But Cummings himself is a highly controversial figure who angered many people by ignoring national lockdown rules in 2020 to drive hundreds of miles to visit family in northern England.