WORLD Johnson, Juncker to meet in a bid for a Brexit breakthrough

Johnson, Juncker to meet in a bid for a Brexit breakthrough 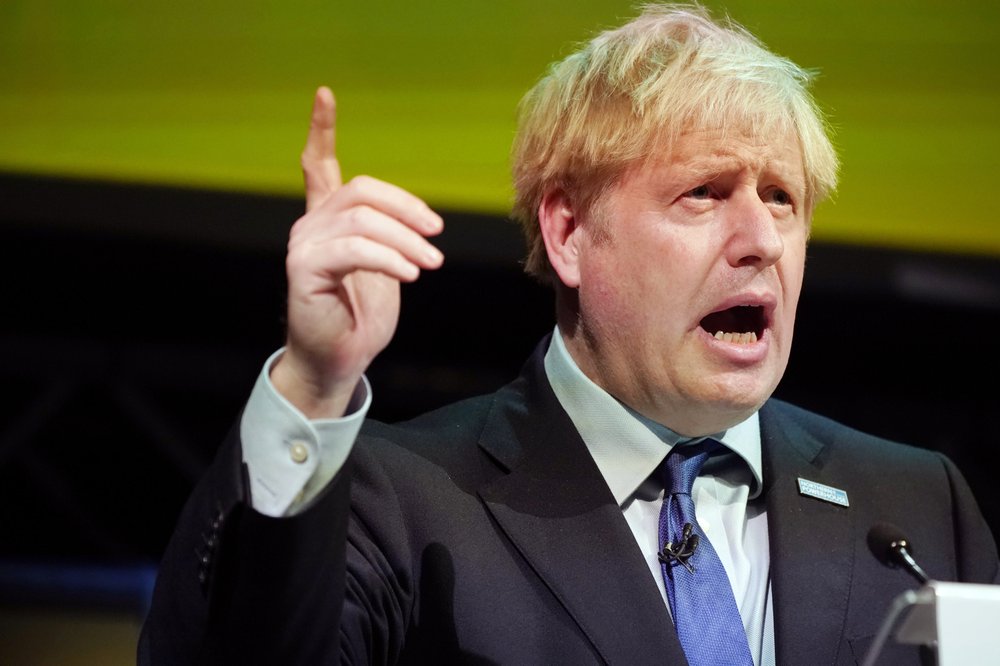 Britain's Prime Minister Boris Johnson makes a speech at the Convention of the North at the Magna Centre in Rotherham, England, Friday, Sept. 13, 2019. (Photo: AP)

British Prime Minister Boris Johnson and European Commission President Jean-Claude Juncker will hold talks next week to try to break the Brexit impasse as both sides seek to avert what could be a disastrous “no-deal” departure.

“There is the rough shape of the deal to be done,” Johnson said Friday.

“I would say I’m cautiously optimistic” that a new agreement can be forged, even as officials warned against expecting any sudden breakthrough Monday.

Juncker told Germany’s Deutschlandfunk radio in an interview to be broadcast Sunday that he was hoping for some alternative proposals but wasn’t optimistic at resolving the stalemate.

Johnson, who traveled to the English town of Rotherham, was interrupted during a speech by a hackler angry at his legally questionable decision to suspend Parliament for five weeks during the crucial period leading up to the Oct. 31 deadline for Britain’s departure from the European Union.

The heckler urged Johnson to “get back to Parliament” to sort out “the mess that you have created.”

Johnson and Juncker will meet in Brussels for a discussion expected to include new suggestions from Britain.

The meeting comes as lower-level Brexit negotiations have produced no visible signs of progress as the deadline nears, although EU negotiators say they believe Johnson is actively pursuing a deal.

The key stumbling block remains the so-called Irish backstop, a maneuver to prevent both sides from putting in a hard border between Ireland, which is in the EU, and Northern Ireland, which is part of the United Kingdom. British officials fear the backstop could keep Britain tied to EU rules and regulations even after it withdraws from the bloc.

Irish Prime Minister Leo Varadkar warned that the two sides are still very far apart despite recent reports of progress in the talks.

Monday’s meeting will take place after Juncker’s latest comments this week that Britons were only “part-time Europeans” since they joined the EU and were never fully in the bloc. He made these comments in an interview with Euronews

“The British were told for more than 40 years that they were in, but they did not want to share all the policies that have been decided. The British, since the very beginning, were part-time Europeans, what we need are full-time Europeans,” he said.

Juncker cautioned that Brexit would be a “lose-lose” situation for both the EU and the UK.

Johnson’s maneuvering room has been greatly limited even as his team tries to come up with a solution to the backstop problem.

He has repeatedly vowed to leave the EU on Oct. 31 with or without a deal, but Parliament has passed a law saying he must seek an extension to the deadline if no deal is reached by mid-October. Johnson has indicated he will not do so, although he has stopped short of explicitly saying he would ignore the law.

John Bercow, the retiring speaker of Britain’s House of Commons, says Parliament is willing to take forceful actions to ensure the law designed to block a no-deal Brexit is followed. The influential speaker says he will allow “procedural creativity” in making sure Johnson does not violate the new law, which took effect this week.

Johnson has declared he would rather be “dead in a ditch” than delay Brexit again. Britain voted to leave the EU in a 2016 referendum but has not reached consensus on how to do so.

Bercow said in a speech Thursday night that Johnson must obey the law and that it is “astonishing” that any other course is being contemplated.

“It would be the most terrible example to set to the rest of society,” he said.

Bercow plans to step down by the end of October but it is clear he will use his final weeks to make sure Parliament’s will is respected on the crucial question of leaving the bloc.

The British government’s own assessment suggests an abrupt departure from the EU’s single market without an agreement risks severe economic problems and possible food and medicine shortages in Britain.

Parliament is currently suspended, or prorogued, for five weeks. Johnson’s decision to suspend the legislative branch for such an extended period, however, has been ruled unlawful by a Scottish court and will be taken up by the UK Supreme Court on Tuesday.

Court documents released Thursday night show that Court of Session judges did not believe Johnson’s decision to suspend Parliament was routine, as the prime minister claimed, but was actually made for the “unlawful” purpose of avoiding scrutiny during the run-up to Brexit.

The judges said Johnson’s decision undercut the sovereignty of Parliament, which is one of the pillars of Britain’s constitutional system.

“The effect of the prorogation under consideration, in particular, its length, is that proper parliamentary scrutiny is rendered all but impossible,” wrote James Drummond Young, part of the three-judge panel that concluded Johnson’s decision was illegal.

The Scottish court did not order Parliament to be recalled, but an adverse decision for Johnson at Britain’s Supreme Court after Tuesday’s hearing would likely bring its feisty lawmakers back into session earlier than he had intended.

It would also raise questions about whether Johnson’s government misled Queen Elizabeth II when it requested her approval for the five-week suspension of parliament, which she gave.