Britain's leadership contest was blown open on Saturday by reports that police were called to a "row" between frontrunner Boris Johnson and his partner, hours before campaigning was to begin to win over grassroots Conservatives. 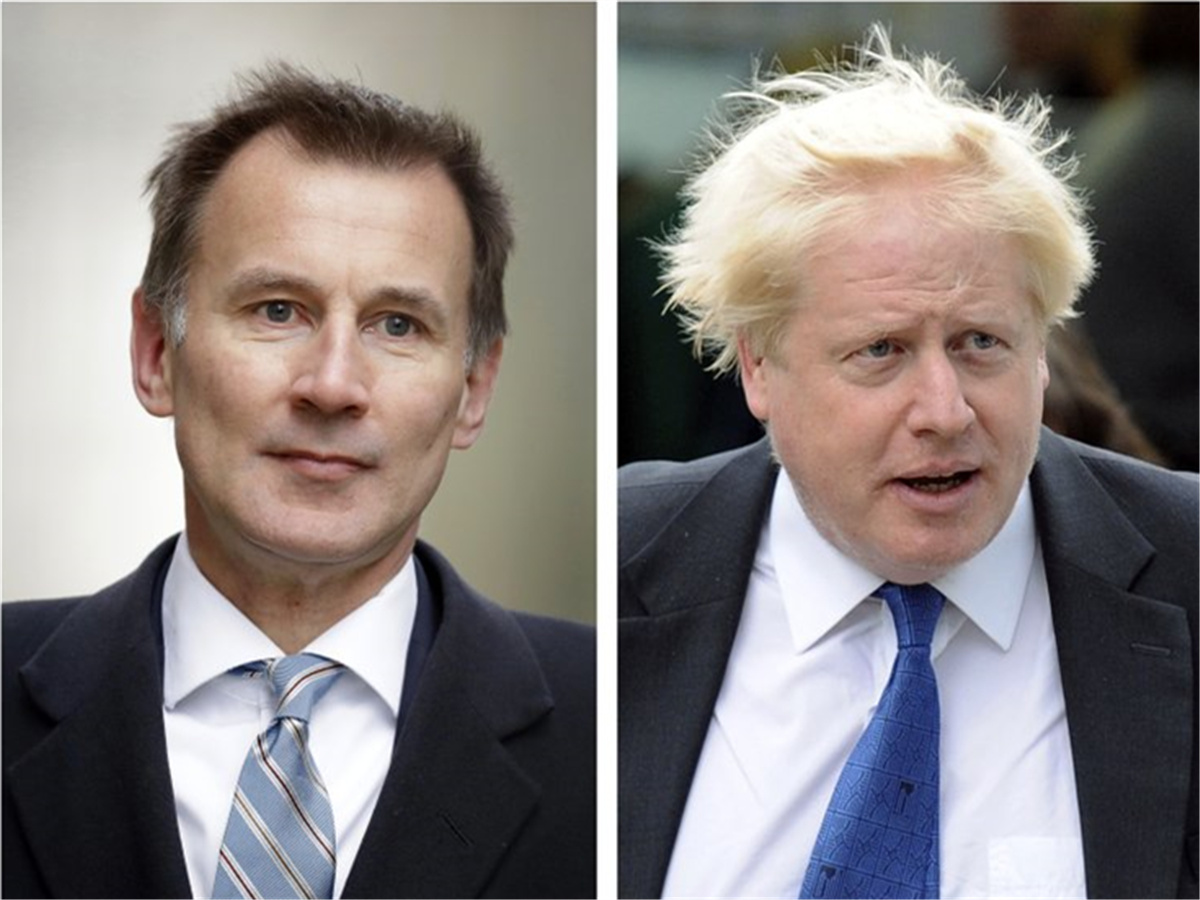 The Guardian reported that officers were alerted early on Friday after a neighbour said there had been a loud altercation involving screams, shouts and bangs at the south London property, shortly after Johnson had secured his place in the final run-off to become prime minister.

The paper said late Friday Johnson's partner Carrie Symonds could be heard telling the former London mayor to "get off me" and "get out of my flat".

London's Metropolitan Police said it responded to a call from a local resident but that "all occupants of the address... were all safe and well".

Johnson is the runaway favourite to beat Jeremy Hunt, but will face questions over the incident on Saturday when he and Hunt kick a month-long nationwide tour to win over the grassroots Conservatives, who have the final say.

Whoever takes the Tory party leadership in the week beginning July 22 -- and therefore becomes prime minister -- will then face the looming Brexit deadline of October 31.

The battle is likely to feature pledges from both contenders to get Britain out of the European Union safely and in one piece, succeeding where outgoing Prime Minister Theresa May repeatedly failed.

But the race might ultimately turn into a popularity contest between Johnson -- pugnacious but affable with a tendency for gaffes -- and the more diplomatic and low-key Hunt.

The "row" was splashed across the front pages of most newspapers on Saturday, and while bookmakers were still betting for Johnson, pundits warned the incident could harm his chances.

"Much will depend on the next 24 hours and whether the audio said to have been recorded by a concerned neighbour emerges," reported the Times.

"At the very least it will ensure a leadership race that had started to look like a formality might in fact be something of more consequence."

After the MPs whittled down the original field of 13, it is now up to the 160,000 or so paid-up Conservative members who select the centre-right party's next leader.

According to Times commentator Matthew Parris, the group comprises "classic shire Tories", as well as poorer urban workers who are anti-European and more populist in their views.

The winner will need to succeed where May failed in getting a deal with the EU through parliament, or face the prospect of leaving without a deal, which MPs have warned could collapse the government and trigger a general election.

With arch-Brexiteer Nigel Farage's new Brexit Party ahead in the polls, Johnson is widely viewed as the one Conservative who could compete in the party's heartlands.

A poll for The Daily Telegraph -- the paper for which Johnson writes a column -- showed six out of 10 Brexit Party backers jumping over to the Conservatives should the man known simply as Boris take charge.

Hunt and Johnson will appear Saturday in Birmingham, central England, for the first of 16 "hustings" -- occasionally rowdy events where candidates field audience questions -- three days before the third anniversary of the Brexit vote.

Both Johnson and Hunt have vowed to get better terms from Brussels -- or walk away without any strings attached, but European leaders appear unmoved.

"Maybe the process of Brexit will be even more exciting than before because of some personnel decisions in London, but nothing has changed when it comes to our position," European Council President Donald Tusk said.

Johnson is also coming under attack from British economic policy-makers for post-Brexit promises they think are impossible to meet.

Carney noted that the EU bloc would have to lower tariffs to the rest of the world under such an arrangement.