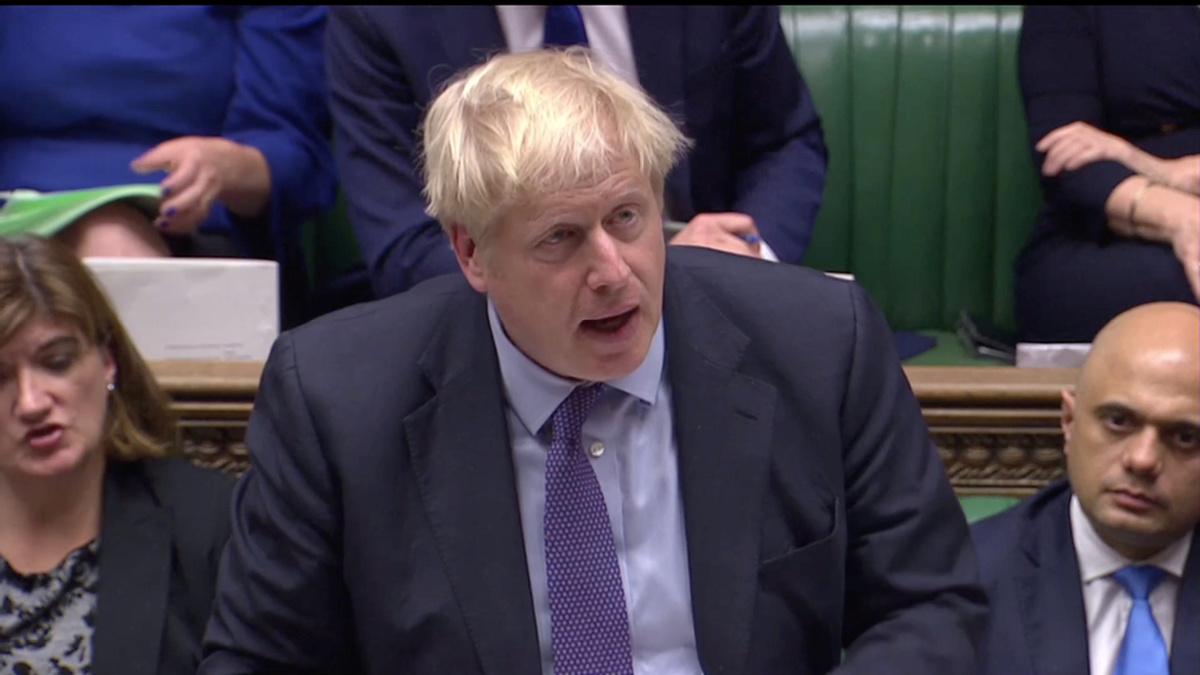 LONDON - British Prime Minister Boris Johnson said on Tuesday he would end an attempt to win parliamentary approval for his Brexit legislation and instead press for an election if lawmakers reject his timetable.

Opening a debate before lawmakers are expected to vote on his deal for the first time, Johnson warned parliament: "I will in no way allow months more of this."

"If parliament refuses to allow Brexit to happen and instead, gets its way and decides to delay everything until January or possibly longer, in those circumstances ... with great regret I must say that the bill will have to be pulled and we will have to go forward ... to a general election."

The prime minister would need to win a vote to trigger an early election because one is not scheduled until 2022.