Troops from Turkey and the United States launched joint patrols in the northern Syrian city of Manbij on Thursday, the Turkish defence minister said, part of a bid to ease tensions between the NATO allies. 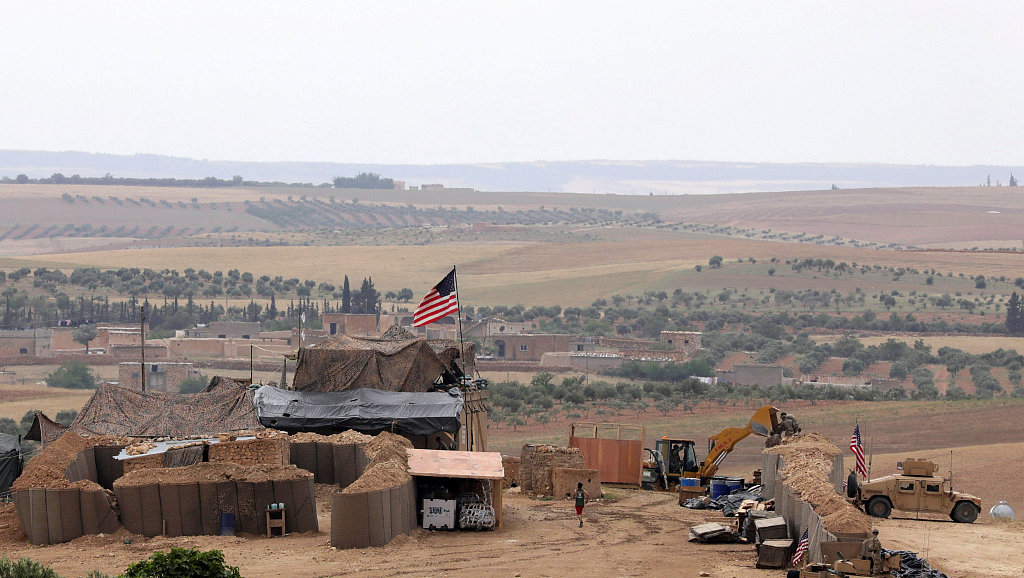 "The joint patrol in Manbij between Turkish armed forces and the US began today at 3.53pm (1253 GMT)," Defence Minister Hulusi Akar told lawmakers, according to state-run news agency Anadolu.

The city is controlled by the US-backed Kurdish People's Protection Units (YPG) militia, which Turkey considers a terrorist group.

The patrol took place around the Sajur River that divides Manbij and the region of Jarabulus, which was captured by Turkish-backed Syrian rebels from the Islamic State group in 2016 during Ankara's first offensive in northern Syria.

Manbij was captured from IS by the Syrian Democratic Forces (SDF), an umbrella group dominated by the YPG.

Ankara has repeatedly threatened to attack the city and earlier this week President Recep Tayyip Erdogan said Turkey had completed preparations for a new operation to "destroy" the YPG in northern Syria.

There are US forces in the Sunni Arab-majority Manbij -- which lies just 30 kilometres (19 miles) south of the Turkish border -- and Washington has been closely working with the YPG in the fight against IS.

The US support of the Kurdish militia has strained relations with Turkey.

Ankara says the YPG is an offshoot of the outlawed Kurdistan Workers' Party (PKK), which has waged a bloody insurgency in Turkey since 1984 with the goal of forming an independent Kurdish state.

The PKK is blacklisted as a terror group by Turkey, the US and the European Union.

Earlier this year, Turkey and the US agreed the YPG militia would withdraw from Manbij.

As part of the roadmap, Turkish Foreign Minister Mevlut Cavusoglu at the time said the agreement would ensure the YPG leaves Manbij, then Turkey and the US would work together to establish a local security structure and decide who will govern the city.

Defence minister Akar warned earlier Thursday that "the terror group (YPG) will be buried in the trenches it has dug".