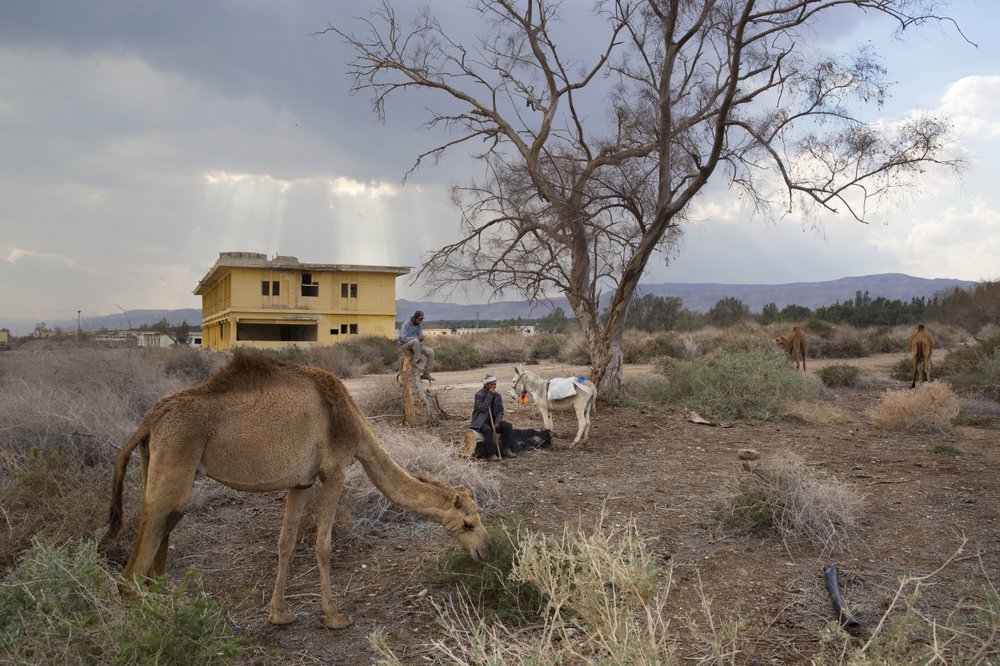 In this Sunday, Feb. 18, 2018 photo, Palestinian camel herders Muhammed Zarlul, left and Salem Rashaideh, rest as their camels graze in the territory of Israeli Kibbutz Kalya, near the Dead Sea in the West Bank. (Photo: AP)

AMMAN, Nov. 10 (Xinhua) -- King Abdullah II of Jordan on Sunday announced the official termination of an agreement which leases part of Jordan's land to Israel.

The king made the announcement at the opening of the fourth ordinary session of the 18th parliament.

"Jordan's full sovereignty is imposed as of today (Sunday) on each inch of these lands," the king said.

In October 2018, Jordan officially informed Israel of its decision not to renew the agreement that leases part of its land to Israel.

Also last year, the king said Jordan will terminate Israel's "annexation" of Baqoura and Ghumar areas under the Jordan-Israel peace treaty in 1994.

In the 1994 peace treaty between Israel and Jordan, Jordan agreed to let Israel lease the two areas for 25 years but has the right not to renew the land lease.