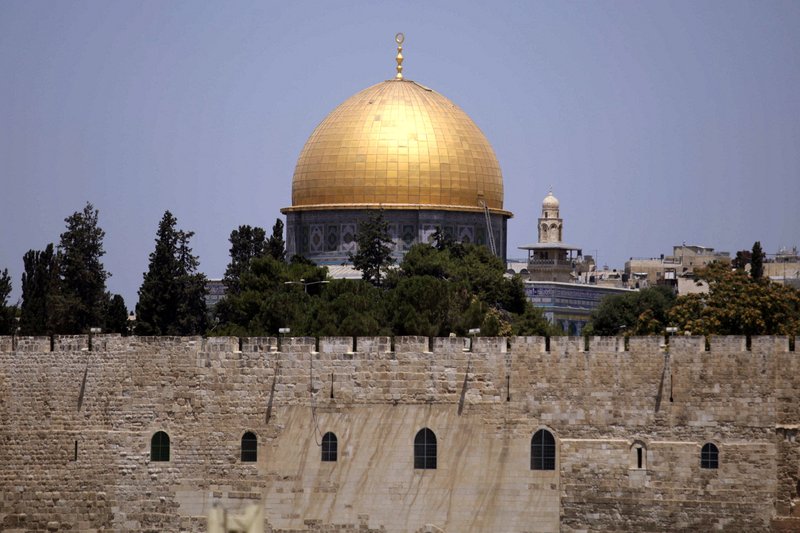 The Dome of the Rock Mosque is seen in the Al Aqsa Mosque compound in Jerusalem's Old City, July 28,  2017. The latest crisis over one of the most combustible spots in the Middle East has been defused, but has pushed the leaders of Israel, Jordan and the Palestinians into taking more uncompromising positions that could easily trigger new tensions. (Photo: AP)

AMMAN (Xinhua) -- Jordan on Sunday condemned "Israeli aggression" against Al-Aqsa Mosque and the recurrent raids by radical settlers under the protection of the Israeli soldiers.

Qudah also called on Israel to immediately halt "provocative actions," holding it fully responsible for the safety of the mosque and the worshippers, the foreign ministry said in a statement, a copy of which was obtained by Xinhua.

The spokesperson also called on the international community to abide by international law and hold its responsibilities in this regard.

Qudah said that the ministry has lodged a protest to the Israeli government through diplomatic channels.

Jordan's Minister of Awqaf and Islamic Affairs Abdul Nasser Abul Bassal denounced in a statement the "provocative actions" of the "Israeli occupation authorities" against worshippers in the Al-Aqsa Mosque.

He said that Israeli authorities on Sunday morning raided the mosque, and assaulted worshippers during the last ten days of the Holy month of Ramadan.

Abul Bassal condemned these acts which violate international norms and laws, adding that the acts included assaulting children, women, and elderly as well as beating unarmed guards and preventing medics from treating them.

Israeli special forces, border guards and heavily armed police officers participated in the attack and closed the doors of the holy mosque, locking worshippers inside, he added.

The minister called on peace-loving countries to pressure Israel to halt these "irresponsible actions," which will fuel religious conflicts in the region if they continue.