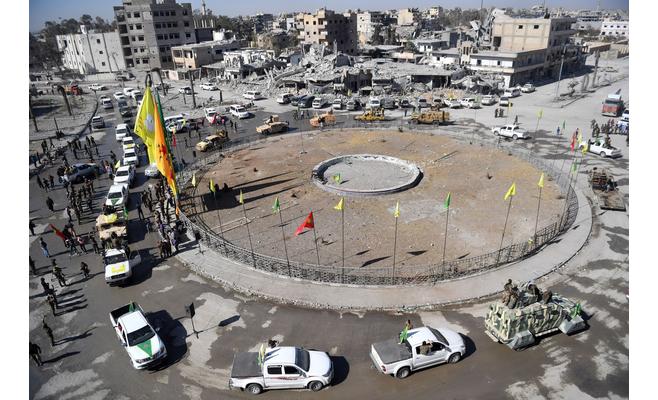 Jordan on Sunday hailed the liberation of the Syrian city of Raqqa from the Islamic State (IS), the state-run Petra news agency reported.

Jordan's Minister of State for Media Affairs Mohammad Momani said the restoration of the city and its liberation from the terrorist group is a testimony to the international community's solid stance and humanity and that their unity are stronger than terrorism and its darkness.

The minister said Jordan will continue to play an active role in the international coalition against the Islamic State at the military, security and ideological levels.

The success in the restoration of several territories that used to be under the control of the terrorist regime needs to be followed with strategies at the security and ideological levels.

The success in the field needs to needs to be followed by a complete ceasefire in Syria and the acceleration of the launch of a political process in line with the UN Security Council resolution 2254 to meet the aspirations of the Syrians.

He added that the political solution to the crisis in Syria that preserves the country's security and stability is the guarantee for sustaining the success against the IS and radical ideologies.

Early this week, the Kurdish-led Syrian Democratic Forces (SDF) announced the liberation of the Syrian northern city of Raqqa, after fully defeating the Islamic State group.

The SDF announced Raqqa would be part of a decentralized federal Syria.