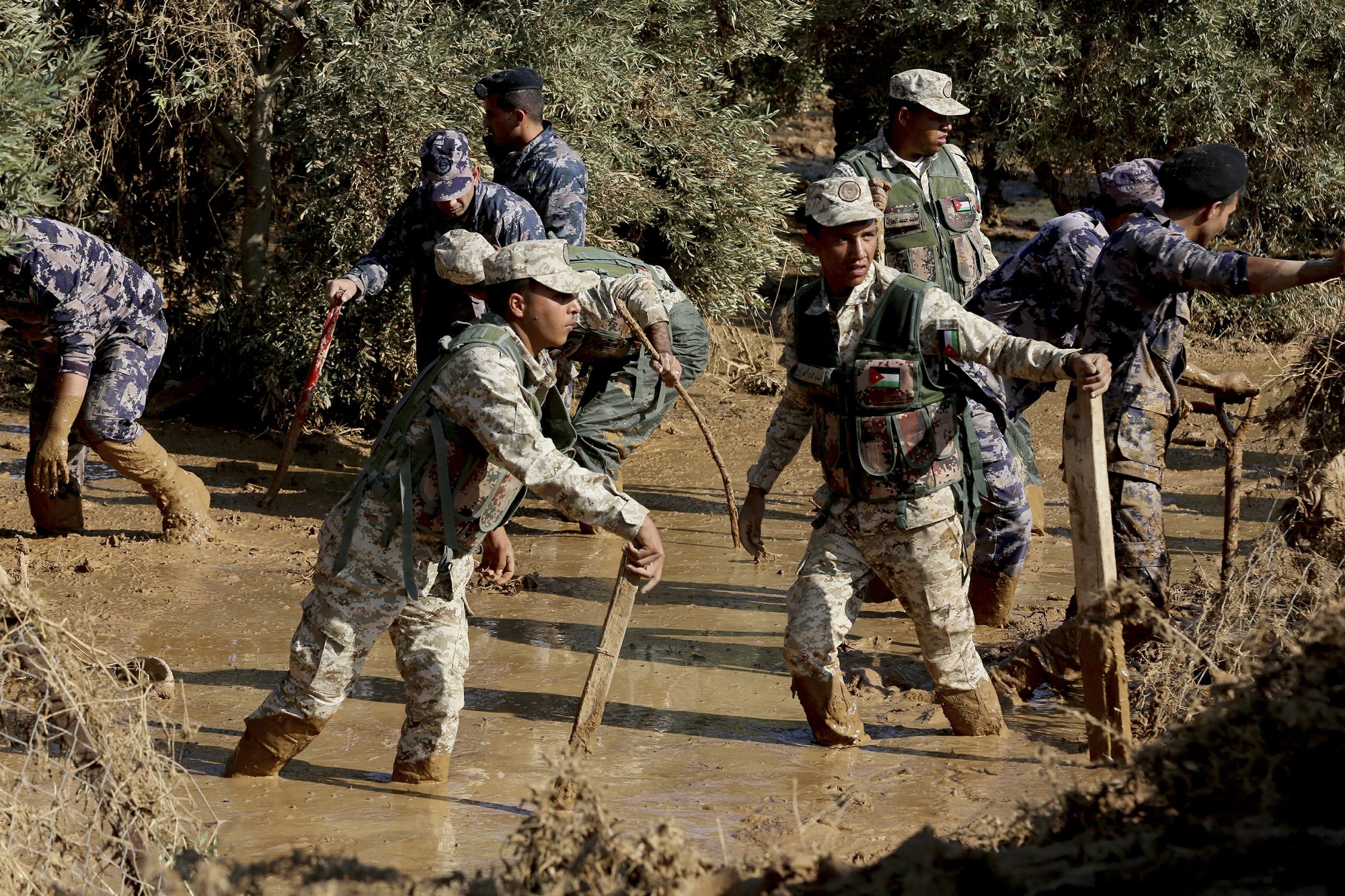 The death toll from flash floods in Jordan rose to 12 on Saturday and the kingdom’s main tourist attraction, the ancient city of Petra, was closed for cleanup after what local officials said was the biggest deluge in the area in decades.

Friday’s floods struck several areas of Jordan. Rescuers continued the search for missing people around the Wala reservoir in central Jordan on Saturday. In the southern town of Maan, authorities opened a shelter for dozens of people whose homes were surrounded by water.

In all, 12 people were killed, including two children and a diver who had been involved in rescue efforts, according to state media and Jordanian government spokeswoman Jumana Ghuneimat. Two of the bodies were found Saturday.

Separately, Israel’s public radio said contact has been restored with six Israeli tourists who could not immediately be accounted for after the flooding. The Arabic-language Makan Radio said some of the tourists had been touring the Wadi Rum area, another major tourist attraction.

The torrents came two weeks after 21 people, most of them children, were killed in flash floods near the Dead Sea. The tourism and education ministers resigned over the Dead Sea flooding.

In Petra, the ancient trade hub carved into rose-hued rocks, heavy rains began at around 1 p.m. Friday and last for about 40 minutes, said Rafael Dorado, 41, a tourist from Spain.

At about 3 p.m., a torrent of water came gushing through the site’s steep and narrow access canyon, flooding the area within minutes, he said. Delgado said he was observing from a hilltop temple in the area, but saw other visitors scrambling to higher ground. He said some visitors were later evacuated by trucks and others made their way out on foot.

Suleiman Farajat, the chief administrator in Petra, said the site would remain closed Saturday, but would likely reopen Sunday. He said he’s never seen flooding of such intensity in the area.

“It’s really, I wouldn’t say scary, but surprising how huge the flood was,” he said.