Jordan's parliament Sunday voted in favour of a law to ban gas imports from Israel, weeks after the Jewish state began pumping it to the kingdom in a $10 billion deal. 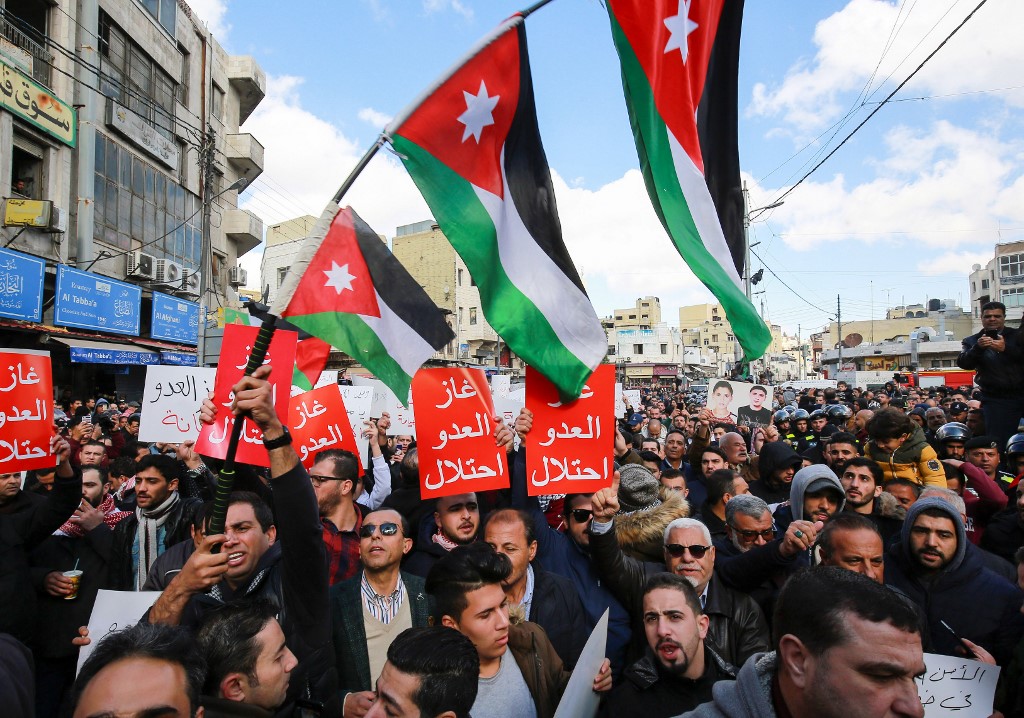 Jordanians wave the national flag during a demonstration in the capital Amman on January 3, 2020, against the government's decision to import natural gas from israel. (File photo by AFP)

It remained unclear however whether the government in Amman would back the legislative push against an agreement which it has said improves energy security for Jordanians.

Earlier this month Israel began exporting gas from the offshore Leviathan field to neighbours Jordan and Egypt -- the only two Arab countries it has peace treaties with -- under a 15-year agreement.

The deal struck with the Amman government sparked streets protests in Jordan, where many consider Israel as an enemy.

"The majority has voted to send an urgent motion to the government" requesting a law banning Israeli gas imports to Jordan, parliamentary speaker Atef Tarawneh said, in remarks carried live by state television.

TV footage showed a majority of MPs in parliament's lower house stand up to back the motion, which was decided after 58 out of the 130-strong legislature last month demanded such a ban in a letter to the legislature.

The motion passed on Sunday will be send to the government for its approval and must be sent back to the legislature for a formal vote.

The text states that "the government, its ministries and state institutions and companies are prohibited from importing gas from Israel".

On Friday hundreds of Jordanians took to the streets of Amman denouncing the "shameful" deal with Israel and calling on the government to scrap it, holding up placards "we will not be partners in the crime".

Jordan imports nearly 98 percent of its energy needs, and has long relied on gas, heavy fuel oil and diesel to run its power plants.

The cash-strapped desert kingdom with few natural resources has defended the deal saying it would cut $600 million a year from the state's energy bill.

For years Jordan had relied on Egyptian gas supplies but a spate of attacks on the export pipeline that runs through the restive Sinai Peninsula had disrupted that flow.