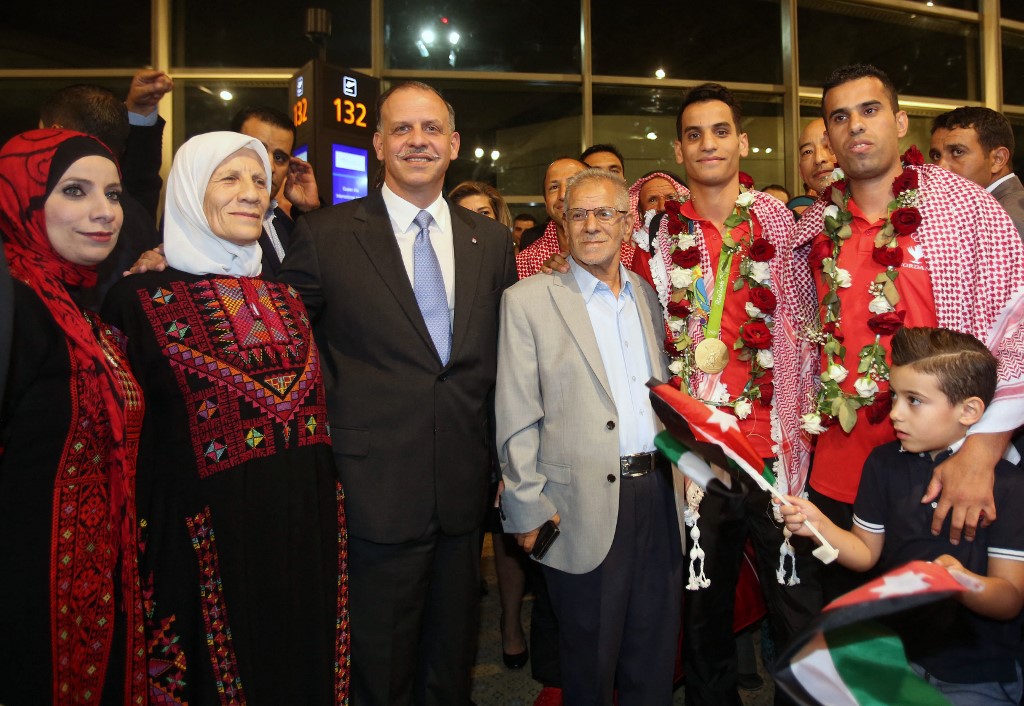 Jordanian Prince Faisal bin al-Hussein (3L) poses for a photo with Ahmed Abughaush (3R) who won the men's 68-kg taekwondo competition at the Olympics in Rio de Janeiro to take home Jordan's first ever Olympic medal, and his family members during a welcome ceremony upon his arrival at the Queen Alia International Airport in Amman on August 23, 2016. (File photo: AFP)