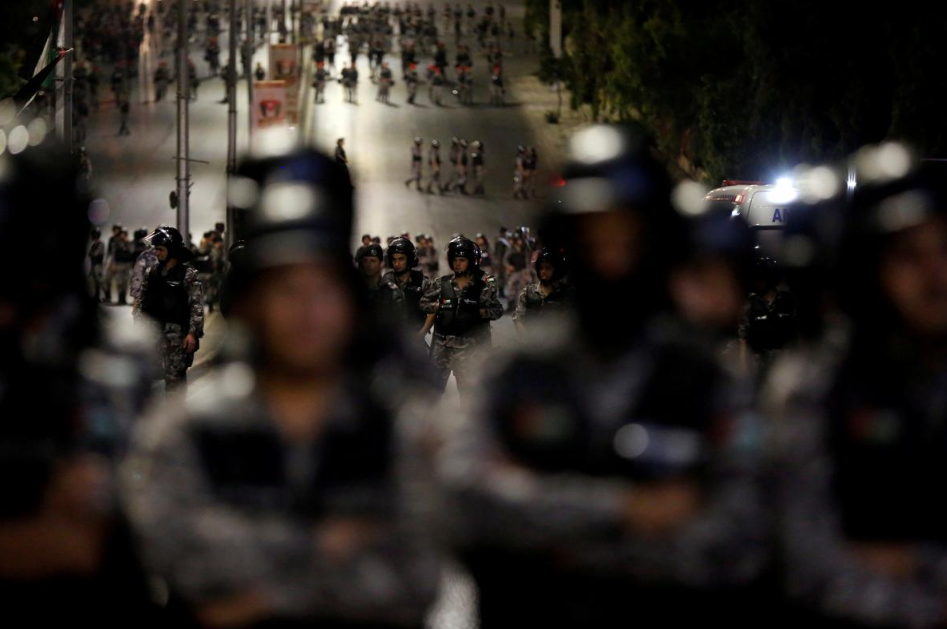 Jordan will ask the IMF to give it more time to implement reforms, after some of the largest protests in years showed pushing the debt-burdened country beyond its means risked major instability, officials said.

A week of rare protests has brought down the government and forced King Abdullah to effectively suspend tax rises - a key part of fiscal consolidation plans pushed by the IMF to reduce Jordan’s large public debt.

The government is unlikely to abandon the IMF program, but officials believe its hasty implementation sparked the protests.

“Jordan cannot afford to abandon the program but will ask to extend its duration for one or two years. Provided you show commitment you are delivering, I think this is doable,” an official involved with the IMF program said.

“Pushing countries to the extreme regardless of the political environment was not the right thing. The IMF now has to take into consideration Jordan’s capacity in what it can do,” a second senior economic official who requested anonymity said.

Razzaz has long opposed the free-market reforms that the kingdom pursued for nearly three decades. He is expected to steer away from the enthusiastic embrace of unpopular IMF mandated measures, officials familiar with his thinking said.

“He adopts a more gradualist approach ... and is more attentive to mitigating the impact of reforms on the poor,” said a former cabinet member who has worked with Razzaz and requested anonymity.

IMF officials in the Middle East were not immediately available to comment.

In the past two years, the government pressed ahead with a series of steep tax increases, yielding $1.4 billion in additional revenue.

That angered an already disenchanted professional middle class and small and medium-sized businesses who form the backbone of a vibrant private sector, who felt they were bearing the brunt of rising taxes in a country with rampant corruption. A general strike by their unions launched the protests.

Most of the increased revenue goes to maintain a bloated bureaucracy, in a country with some of the world’s highest government spending relative to its economy. Economists say its spending accounts for over 40 percent of the country’s roughly $40 billion gross domestic product.

After an IMF arrangement that brought some fiscal stability, Jordan agreed in 2016 to a more ambitious three-year program of long-delayed structural reforms. The aim is to reduce public debt to 77 percent of GDP by 2021 from 95 percent now.

Cutting public-sector jobs, either by reducing defense spending or by streamlining the civil service, would greatly curb spending, but both are political red lines in Jordan. The IMF had little choice but to push for higher taxes, to reduce the rising public debt.

The debt is caused at least in part by the expansionist fiscal policies of successive governments, who wanted to create jobs and raise public-sector pay to ensure stability after the “Arab Spring” protests in the region in 2011.

The economic strains of rising public debt were accompanied by reduced local revenue and foreign aid, forcing Jordan to borrow heavily, both externally and from local banks.

Many in official circles believe the IMF and the outgoing government gravely miscalculated the potential risks of accelerating the economic reforms.

“The government could not measure exactly how much these steps were impacting people. They underestimated the economic pressure the middle class in the big cities has been subjected to in the last two years,” said a former minister who requested anonymity. “They thought the fiscal space was there to generate more revenues.”

But he added that the unrest might persuade Western donors and Gulf countries to offer Jordan more concessional loans to avert further instability.

“There are good signs ... that the other donors are more interested in helping us,” he added.

Officials say the IMF has already hinted it would be amenable to a new approach to ease the burden on the heavily indebted country, including extending the program to allow more leeway to meet revenue targets.

“What is one or two years against the risk of losing the stability of the whole country,” said the official involved with the IMF program.