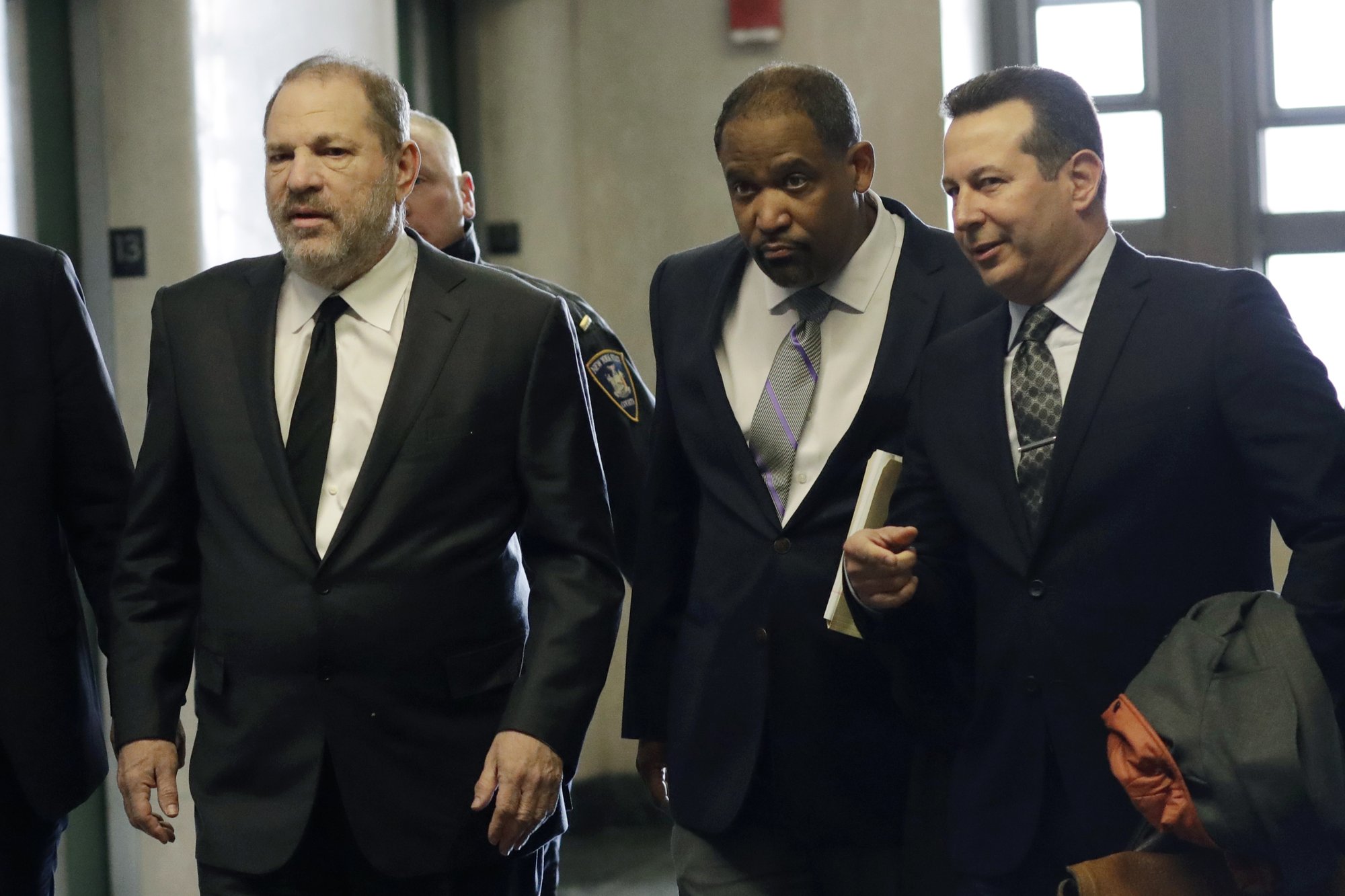 A judge signed off Friday on changes to the legal team representing Harvey Weinstein in his rape and sexual assault case, allowing the film producer to swap out his bulldog New York City defense attorney for a four-person team that’s full of courtroom star power.

The disgraced Hollywood mogul was in court in Manhattan —along with new lawyers Jose Baez, Ronald Sullivan and Duncan Levin, and former lawyer Benjamin Brafman — as Judge James Burke approved the switch.

Weinstein, 66, and Brafman, 70, announced last week that they had “agreed to part ways amicably.” The move came a month after they lost a hard-fought bid to get the case thrown out.

Weinstein’s trial is tentatively scheduled for May.

He is charged with raping a woman in 2013 and performing a forcible sex act on a different woman in 2006. He denies all allegations of nonconsensual sex.

Weinstein’s other new lawyer, Pamela Robillard Mackey, didn’t attend Friday’s hearing because she was out of the country.

Baez is perhaps the best-known name of the four. He first gained fame for representing Casey Anthony, the Florida mom whose televised trial in 2011 ended in an acquittal on charges of killing her young daughter.

Mackey, who’s based in Denver, represented Kobe Bryant when the former basketball star was accused of raping a 19-year-old at a Colorado resort in 2003. The charges were dismissed when prosecutors said the accuser was no longer interested in testifying.

Actress Rose McGowan, one of the first of dozens of women to accuse Weinstein of sexual misconduct, blasted Baez and Sullivan for agreeing to represent Weinstein after they defended her in a drug case last year. She called it a “major conflict of interest.”

Baez and Sullivan said in a statement that McGowan’s case had nothing to do with Weinstein and that they were certain there was no conflict.

McGowan, who pleaded no contest, has accused Weinstein of having someone plant the cocaine that Virginia authorities said they found in her wallet.

Burke warned Weinstein that Baez and Sullivan would not be able to cross-examine McGowan “as vigorously as they might have otherwise” if prosecutors were to call her as a witness because they couldn’t use information that they learned in representing her.

Asked while leaving the courtroom if he’s happy with his new legal team, Weinstein responded “absolutely.”

“I wish him the best of luck,” Brafman said outside the courthouse.

The next hearing in the case is scheduled for March 8.